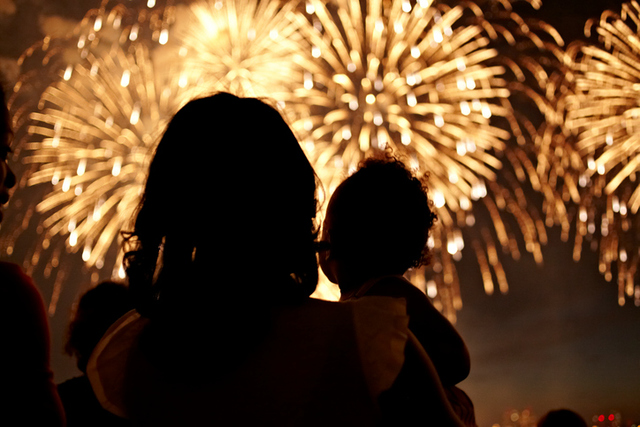 FHE: The Miracle of the Summer Fog

To teach children the importance of the freedoms we enjoy and the miracles that took place in America to bring about independence.

"Divine intervention was also significant in the American victory in the Revolutionary War. Just as the Lord protected and sustained Israel anciently, he also provided for those appointed to accomplish his purposes in the American struggle for independence. It had come time to establish a nation where the gospel could be restored, where the Church of Jesus Christ could flourish in a climate of religious freedom, and from where the gospel could be carried to all nations. Inspired and sacrificing leaders, sustained by a power beyond themselves, would establish a remarkable new form of government. The time had come for the American colonists to gain their independence from England in order for Nephi’s prophecy of a people “delivered by the power of God out of the hands of all other nations” (1 Ne. 13:19) to be fulfilled and for the gospel to be restored through the Prophet Joseph Smith."

"For behold, I am God; and I am a God of miracles; and I will show unto the world that I am the same yesterday, today, and forever; and I work not among the children of men save it be according to their faith" (2 Nephi 27:23).

For more on this topic, read "The Constitution—A Glorious Standard" by President Ezra Taft Benson.

There were many miracles that helped early colonists win the Revolutionary War, but did you know fog was one of them?

► You'll also like: How a Sudden Fog Literally Saved America

It was August 29, 1776, and General George Washington's army was in trouble. The British army had trapped thousands of American troops on Long Island with only one way to escape, cross the East River.

Chris and Ted Stewart's book Seven Miracles That Saved America: Why They Matter and Why We Should Have Hope, follows the events that transpired that miraculously saved Washington's army.

After waiting until about 7 p.m., Washington ordered his men to prepare for a surprise night-attack on the British army. The troops, though miserable and exhausted, did as Washington asked. It wasn't until 9 p.m. that the troops were told they weren't going to attack. Instead, they were going to retreat across the East River, using the cover of nightfall to escape unnoticed.

Using every boat they could find, the troops loaded themselves and their weapons in and began rowing toward New York. But a powerful northeast wind made it the trip slow. Right when it looked like the troops would never reach safety, the wind shifted to a southwest direction, making it easy for the troops to cross the river.

But it wasn't enough. By the time the winds shifted, dawn was just about to break. Then the 20,000 British troops would be able to spot and easily defeat the American soldiers.

It was looking hopeless for the American troops when, out of nowhere, a dense fog descended just as the sky turned pink from sunrise. Unable to see anything just 10 feet away, the remainder of the American troops went right past the British troops as they escaped to New York.

As the day went on, the fog did not burn off. It wasn't until the last of the troops had crossed the East River to safety that the fog began to lift, revealing an empty camp to the amazement of the British army.

As a family, discuss the miracle of the fog:

For each member of the family, make a red, white, or blue token. Secretly give each member their token. Depending on the size of the group, designate multiple taggers. As you chase each other, those who are tagged must give their token to the tagger. Once someone has all three colors: red, white, and blue, they win!

For more miraculous stories about the founding of America read Seven Miracles That Saved America: Why They Matter and Why We Should Have Hope.