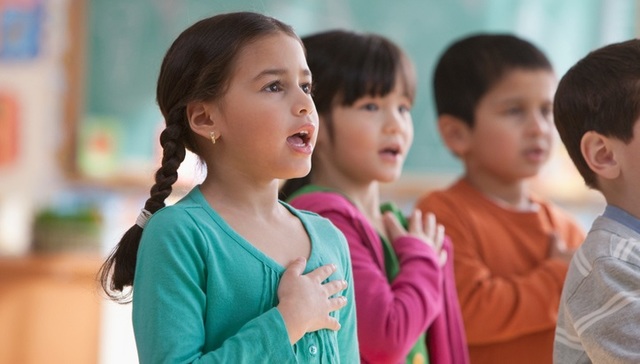 FHE: The Twelfth Article of Faith

Get all the Article of Faith FHE lessons here.

Thought: "This is now a time for Americans to come together. It is a long tradition among Latter-day Saints to pray for our national leaders in our personal prayers and in our congregations. We invite Americans everywhere, whatever their political persuasion, to pray for the President, for his administration and the new Congress as they lead us through difficult and turbulent times. May our national leaders reflect the best in wisdom and judgment as they fulfill the great trust afforded to them by the American people" (Statement by the First Presidency and Quorum of the Twelve Apostles, following the 2012 presidential election).

Scripture:
Articles of Faith 1:12: "We believe in being subject to kings, presidents, rulers, and magistrates, in obeying, honoring, and sustaining the law."

(This would be a good time to teach the family where the Articles of Faith are found in the scriptures, at the conclusion of the Pearl of Great Price.)

- Choose two family members to pretend to drive a car. Ask one to start at the back of the room, and the other to drive across the front of the room. Stand at the "intersection" with a paper traffic light. Have the two drivers act out the following story:

One day a motorist was traveling to the store. He saw that the traffic light was red, but he was in a hurry. He did not want to stop. He slowed a little, could not see any other vehicles, and plowed into the intersection. But another car was coming. She was not expecting to stop for a green light. She saw the man’s car but did not have time to stop completely before she crashed into his back fender.

- Ask what could have prevented the crash. (The first driver’s obeying the traffic light.) We need rules and laws to ensure the safety and happiness of everyone. Christ has asked us as members of His church to obey His laws as well as the laws of the land.

- Reenact the story, but this time have the first driver obey the traffic light and avoid the accident. Point out that there is safety in obeying laws.

Activity:
"Who's the Leader?"

- Step 1: Players stand in a circle. One player leaves the room. A leader is selected, and the whole group of players begins to clap. This is the signal for the player who left the room to return.

- Step 2: The player who left the room goes to the center of the circle and tries to find out which player is leading the group in its action. In the meantime, the leader changes from clapping to jumping, hopping, patting his head, and other actions, and immediately the other players do the same thing. Sometimes it takes quite a while for the player in the center to discover who the leader is, especially if the group members do not watch the leader. They should watch others in the circle (instead of staring at the leader).

Get the PDF version of this lesson here. 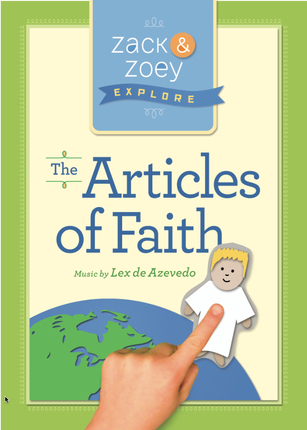 Sing along with the children's choir and orchestra as you learn the Articles of Faith with Zack and his sister, Zoey. Golden-Globe nominated composer Lex de Azevedo teams up with the producers of Signing Time to create fun new songs for you to remember, enjoy, and understand the Articles of Faith.