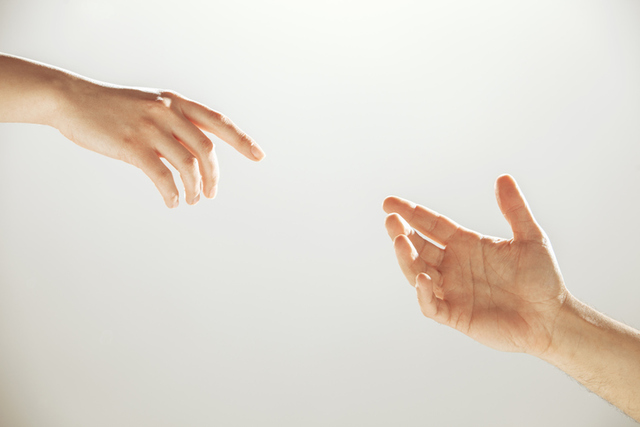 FHE: To the Rescue

Foreseeing the needs of His children, a loving Heavenly Father placed directions and rescuers along their way. Heavenly Father has assigned us to a great variety of stations to strengthen and, when needed, to lead travelers to safety.

Remember the worth of souls is great in the sight of God (Doctrine and Covenants 18:12)

Items needed: A chart or compilation of names of persons who have all descended from the same person.

Presentation: Show the chart. Explain that all these people descended from this one person! What if that person had been lost to the Church by inactivity until he had just drifted away? How many of these people would have been in the Church today? These is a sentence in the Jewish Talmud that counsels: “To save one life is like saving a whole nation.” If saving the life physically is important, how much greater it must be to save one life, spiritually.

Some time ago I received a letter from a young woman I had met several months earlier while on an overseas assignment. She told me of a serious mistake she had made and added, "And now, for some reason, I don't pray anymore. It's hard for me to pray. I can't read the Book of Mormon anymore. I feel like I'm caught in a trap and I can't get out. I don't have a testimony, but I want one." At the end of the letter, she pleaded, "Please help."

Was there anything I could do for her? Was it too late?

Let me tell you of a rescue that took place. A number of years ago, at 4:45 on a Friday afternoon in April, radio and television news commentators put aside international news to headline the story of a desperate rescue attempt. A child had fallen into a deep abandoned well. Within half an hour firemen were pumping oxygen into a small opening in the shaft. A rope was lowered into a darkened hole and anxious voices were shouting, "Try to grab hold of the rope, Kathy. Grab hold of the rope." In response, they heard this weak response: "I am. I am." And then the voice ceased. Efforts to raise Kathy with a rope had failed.

That night under a blaze of lights, men and machines worked feverishly to try to rescue the child. Hundreds of people volunteered. Circus midgets in the vicinity came and risked their lives trying to get through the narrow shaft. Exhausted rescuers faced great danger as they worked through layers of rock. One report told of men on a ship at sea who listened to the reports and took up a collection of money in their desire to help. It was reported that seldom had so much prayer power been focused on one person or on one rescue. And under all these great machines, bright lights, and loudspeakers lay a tiny girl. What about her? Was there water where she lay? Was she conscious? Was she still alive? And what about her parents, who waited anxiously, not knowing what the outcome would be?

After the total expenditure of half a million dollars and fifty-three hours of rescue efforts, the trapped girl's doctor went down into the tunnel and the answer came: Kathy Fiscus, the little girl whom the world had come to know and love, was dead. She had apparently died shortly after she had last spoken. While so many millions mourned the tragedy of little Kathy, they didn't realize that Kathy was all right. She had gone back home. Maybe she had gone early, but she had returned.

This is not the kind of rescue that we are most concerned about. We are not so concerned about the body. Spiritual rescues are the kind we must strive for. When I received the letter from the young girl who was crying for help, I wanted to get on a plane and go to her and shout, "Try to grab hold of the rope!" But I would have said, "Grab hold of the iron rod. Hang on. You can make it. I know you can. We all can make it if we choose to. Our Elder Brother made it possible."

One person thinks of another person (that everyone in the family knows) while others try to determine who he’s thinking of by asking him questions. He can only answer by saying “yes” or “no.” Limit questions to 20. The person who guesses correctly thinks of the next person.

Lesson Helps Fhe ServiceFhe,Service,Lesson Helps
Comments and feedback can be sent to feedback@ldsliving.com