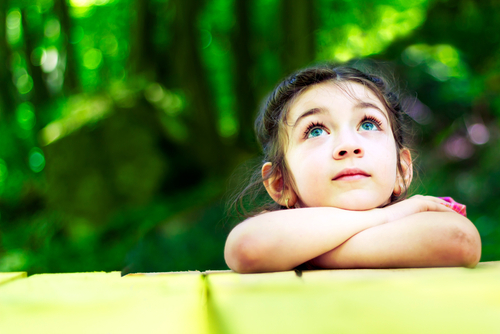 Those who lost the blessing of coming into mortality lacked sufficient trust in God to avoid eternal misery. [We should] trust in God and His servants enough that we will go out and obey His counsel. (Henry B. Eyring, "Trust in God, Then Go and Do," Ensign, Nov. 2010, 70–73.)

"For behold, the Lord doth grant unto all nations, of their own nation and tongue, to teach his word, yea, in wisdom, all that he seeth fit that they should have; therefore we see that the Lord doth counsel in wisdom, according to that which is just and true" (Alma 29:8).

Hold up a coin and ask, “What motto is written on United States coins”? Have your family read Alma 38:1–5 and find a similar phrase (see verse 5). Then ask:

- What promises did Alma make to Shiblon if he would put his “trust” in God?

- How do we show our trust in God?

- How has putting your trust in God helped you during times of trial?

Have your family scan Alma 38:1–5 again and find another place where the word “trust” is used. (See verse 2.) Ask them who is expressing trust in whom. What qualities had Shiblon displayed that enabled Alma to trust him?

Tell your family that one of President David O. McKay’s favorite sayings was, “To be trusted is a greater compliment than to be loved” (True to the Faith, p. 274).

Share this story related by President N. Eldon Tanner. Explain that when he was fourteen years old, his father was serving as bishop and had gone to prepare for a funeral. He had asked Eldon and his brothers to do the chores while he was gone. President Tanner explained:

Ask family members to think of some ways they could earn the trust of parents, teachers, friends, and God. Have them share their ideas.