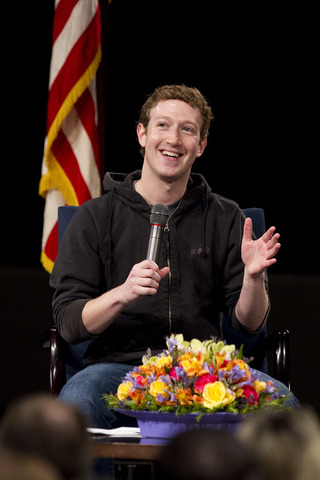 Facebook’s Zuckerberg at BYU: Be passionate about what you’re doing

Facebook’s Zuckerberg at BYU: Be passionate about what you’re doing

Facebook Founder and CEO Mark Zuckerberg joined U.S. Sen. Orrin Hatch and a crowd of 10,693 Friday at BYU’s Marriott Center for a special technology forum. Zuckerberg spoke about technology and education as Hatch asked a few of the roughly 450 questions previously submitted to BYU’s Facebook page.

Zuckerberg talked about founding Facebook, which now has more than 600 million users worldwide, his advice for budding entrepreneurs and his vision for the future of technology and social media. The following are highlights from his 50-minute question-and-answer session with Sen. Hatch.

“It’s an honor to be here with all of you guys today. I have to say, I am a little bit nervous. I have never had to speak to a stadium full of people before.”