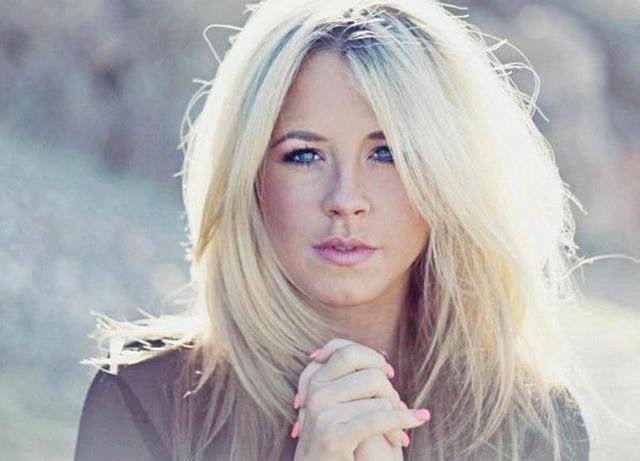 Author's Note: This story was originally written and published in April 2016 by the Deseret News. It is republished here in order to provide additional context to this week's episode of the "All In" podcast. Listen by clicking here or in the player below.

While visiting New York City in early 2013, Chelsie Hightower attended a Latter-day Saint sacrament meeting where she heard a man's conversion story. It made her reconsider the importance of her career.

Hightower, a member of The Church of Jesus Christ of Latter-day Saints from Orem, Utah, had just finished her seventh season as a professional dancer on ABC's "Dancing With the Stars."

“For me, it was the first time in a long time that I had felt the Spirit that strongly in my life,” Hightower told me as she sat in the living room of my home in the Sugar House area of Salt Lake City, Utah, eating grapes she had just taken from my refrigerator. “And I think it’s easy once you kind of get off the path to forget those feelings. … I think that’s why they constantly talk about remembering in the scriptures. ... It kind of freaked me out and made me realize that I was much further away from the gospel than I should be. It was sort of a wake-up call to me, and that’s when I just buried my head in my hands and started crying.”

When Hightower moved to Los Angeles in 2008 to participate in the national television show that pairs professional dancers with celebrity contestants, she had a clear purpose and a desire to please God. That desire remained throughout her time in Hollywood. However, she experienced ups and downs as a demanding career kept her from attending church regularly and making faith the priority she knew it should be. Recommitting to her faith has required sacrifice.

"I was the most determined child to go out to LA ... and prove to myself and to other members of the church that it was possible to stand strong in a world that was so dark, in a world that stood for everything but what you stood for," Hightower said before leaning over and whispering, "Hi, Morg" into my iPhone, which is recording our interview.

I met Hightower a year ago when we both moved into the Sugar House area of Salt Lake City. As members of the Hillside Young Single Adults Ward of the LDS Church, we met when Hightower was assigned to be my visiting teacher.

While I am admittedly biased one year later, I wasn’t then. I was not a fan of “Dancing With the Stars,” and I didn’t know she had also been on Fox's “So You Think You Can Dance.”

Two weeks after our first visit, she hosted a ward activity in her home on a Sunday night.

She and I talked for two hours afterward and have been friends ever since. I listened that night as she talked about realizing that she couldn't handle the demands of her career on her own and how she came to understand that the Savior's "yoke is easy" and his "burden is light," as it says in Matthew 11:30.

Hightower's dance career began when she was 9 and her family moved into the boundaries of the only elementary school in the United States with a ballroom dance program. 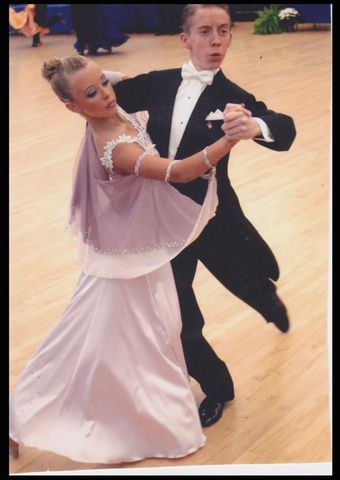 “I think I realized at a young age ... that I was meant to be in that ballroom program, and I was meant to find dance,” Hightower said. “I felt like … the Lord was opening doors for me and guiding my path, and I’ve felt like dance was a part of that path since I was 9 years old.”

Three weeks into the program, Hightower's teacher noticed her ability to follow her partner’s lead. The teacher assigned Hightower to be partners with her son, and two years later, the pair won a national title.

Doors continued to open for Hightower. When she was 12, she auditioned on a whim for Studio 1 Dance Center, a jazz, ballet and hip-hop studio in Orem. Her family didn't have much money to spare, but her mom paid the $90 audition fee. Hightower made the studio's top dance team, and for the next two years, she put everything she had into these new styles of dance. She felt she was done with ballroom.

Still, her mother made sure she continued to hone her ballroom skills with Brigham Young University's Youth Dancesport program, and when a high-profile Utah attorney called BYU looking for a ballroom partner for his nephew, Hightower was recommended.

She and Bradley Gregory competed together for two years and were trained by some of the best coaches in the world, something her family could not have afforded otherwise. During that time, they represented Team USA in the British Open in England and at a world competition in Latvia. Her purpose became clearer.

“I knew I was there for a reason, and I knew that whatever that purpose was, that’s what the Lord wanted for my life, and he recognized in me that dance is what helped me become a better person," Hightower said. "Consistently, dance is what gave me this drive and what helped me to better myself."

Still, as a teenager, she wrestled with whether she wanted to make dance a career. While attending an LDS girls camp, she expressed her concerns to a youth leader, who shared a quote from President Ezra Taft Benson, “When we put God first, all other things fall into their proper place or drop out of our lives.”

She felt prepared, but having previously struggled with anxiety before competitions, she knew she needed extra help.

“I didn’t want to do it unless I had the Lord with me, and I knew I couldn’t do it unless he was standing by my side every step of the way,” Hightower said.

She made it on the show and found success. Her hip-hop performance to Leona Lewis' "Bleeding Love" was nominated for an Emmy.

Hightower felt her purpose was clear and that God was helping her.

She was eliminated the week before the show's finale, finishing in sixth place.

Four months later, after touring with the cast of "So You Think You Can Dance," she was invited to appear as a professional on “Dancing With the Stars.”

With the transition to Los Angeles and the pressure of the show, she found herself having anxiety and panic attacks, but she poured herself into dance.

During her time on "Dancing With the Stars," she was nominated for an Emmy. She coached world champion rodeo cowboy Ty Murray to a fourth-place finish during her first season, and singer-songwriter Micheal Bolton called her “his light” during their time as partners on the show in 2010. She remembers these friendships as the most rewarding part of the experience.

Still, she knew where her strength came from.

“I remember people would compliment me about being able to remain true to the church, ... and I remember thinking it was a no-brainer to me,” Hightower said. “To me, it was, 'How could I not?' How could I give up something that is so good and something that I have to have? I need that strength, and I need the Atonement and God in my life to be able to do what I’m doing, and I had this really clear vision that God had given me all of this.”

However, over time, Hightower began to feel tired.

Which brings us back to her experience in a church pew in New York City, where after hearing a stranger's conversion story, Hightower began to pray.

“I just said a prayer to Heavenly Father, and I said, 'If this is what is necessary, take this career from me,” Hightower said. “That was 2013, and I’ve never been on the show since.”

Six months later, Hightower moved back to Utah. Although she still dances in shows throughout the country, she lives a life she describes as “very normal.”

“It’s less exciting than it was before, but at the same time, I know that I’m where the Lord wants me to be, and I’m on the path he wants me to be on, and I know that great things are ahead,” Hightower said. “Since I’ve been home, I’ve seen many blessings in my life, and I’ve seen the Lord give me things that I needed, very specific to me.”

In December 2015, she received her endowment in the Mount Timpanogos Temple. In the temple, Hightower found the peace and approval she sought. 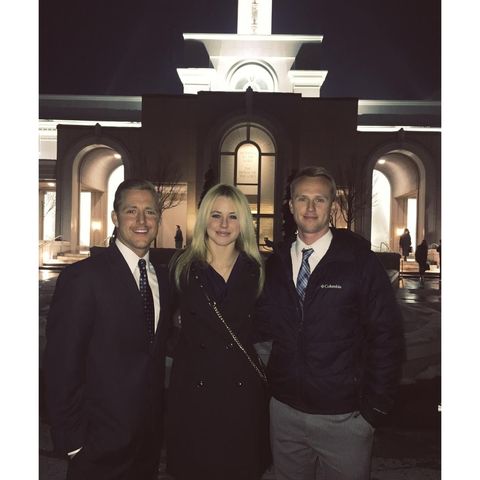 “I just felt like I was doing exactly what the Lord wanted me to do, and it was like the first time in so long that I felt like he was truly proud of me, proud of what I was doing, and that’s all I really ever wanted,” Hightower said, smiling as tears roll down her cheeks.

In the temple, she found happiness.

“That was one of the happiest moments I’d had, and it wasn’t through me dancing in front of millions. It wasn’t through meeting these celebrities. It was just doing that simple thing in choosing to go through the temple and choosing to do what the Lord wanted me to,” Hightower said. “I feel like, in that moment, I saw this eternal perspective that I couldn’t see before ... that was so much greater and grander than anything I ever experienced in Hollywood.”