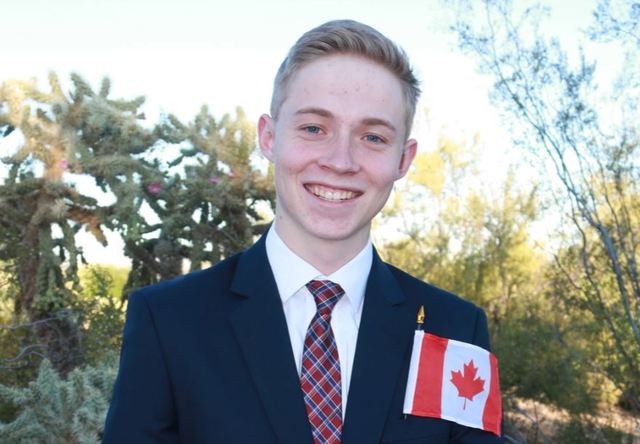 Elder Dallin Thompson, the missionary who was critically injured last month in a vehicle accident in Canada, has been moved back to his home state for continued treatment.

“That’s a good thing,” the missionary’s mother, Holly Thompson, told the Church News. “We’re closer to our family and our support system now.”

Elder Thompson, 19, of Sahuarita, Arizona, and his companion, Elder Bryant Keck, 19, of Sanford, Colorado, were driving Sept. 13 in Kamloops, British Columbia, when their vehicle collided with a truck.

Elder Keck died a few days after the accident. Elder Thompson remained in a Vancouver-area hospital until he could be safely transported back to Arizona last Sunday. The two elders were assigned to the Canada Vancouver Mission.