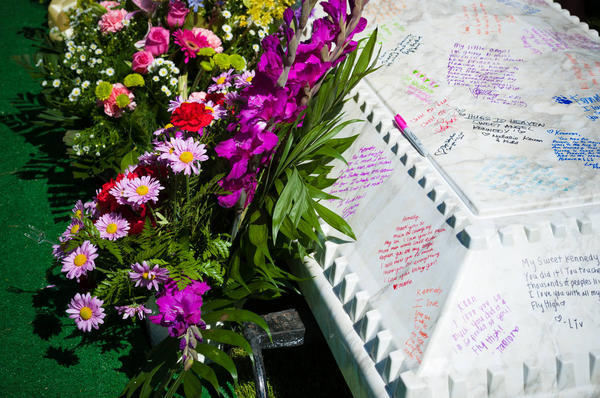 Family Hopes to Honor Daughter's Legacy of Love and Faith

When a friendly man in Hawaii rented her a life jacket so she could try floating on a surfboard for the first time, Kennedy Ann Hansen thanked him with a hug.

The man obliged, asked to take a picture with Kennedy, and told her family that the life jacket rental was on the house.

He didn't know the smiling teenager with long, deep brown curls was battling a debilitating and painful disease, that her sightless eyes had once been bright and active, or that this trip to visit relatives was one of her requests for the final year of her life.

"But he could feel Kennedy's spirit," said Kerilyn Pollock, Kennedy's aunt, as she joined other relatives sharing memories of the loving 16-year-old at her funeral Thursday.

The funeral service at the Dee Events Center took place one year to the day after Kennedy was diagnosed with Juvenile Batten Disease, a rare and mysterious neurological condition that affects two to four children out of every 100,000 born in the United States.

Kennedy, of West Haven, was the last surviving child with Batten Disease in Utah.