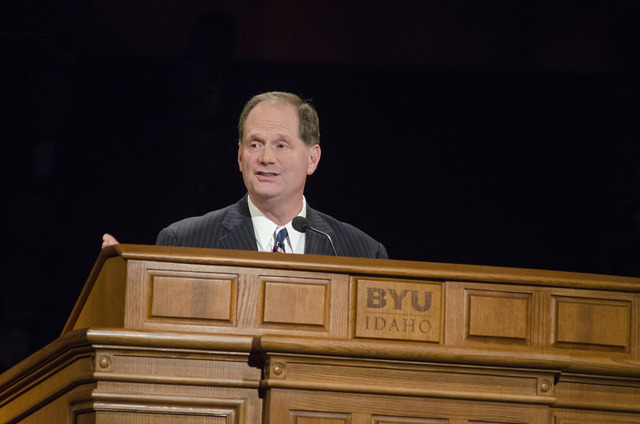 Elder Von G. Keetch passed away on January 26, 2018. In honor of a man who spent his life dedicated to serving others and the Church, his family has found a special way to celebrate his birthday.

Elder Von G. Keetch had a favorite saying, according to his family, "If you don't like your lot in life, build a service station on it."

With that in mind, the family of the recently deceased LDS general authority has planned a day of service that will allow them to give back to the organization that helped their father in his long battle with cancer.

On March 17, the same day Elder Keetch would have celebrated his 58th birthday, his family has decided to donate all proceeds from its restaurant, Taco Amigo, to the Huntsman Cancer Institute, according to its website, tacoamigocares.org.