The tragic death of Latter-day Saint YouTube sensation Grant Thompson has been reported by major news outlets including The New York Times, CNN, BuzzFeed News, The Washington Post, and more. With 11 million subscribers and billions of views on his videos, it is no surprise that Grant’s unexpected death has caused a stir. As these reporters review the highlights of his life, however, many are failing to mention what Grant may have considered his greatest accomplishment: his role as a husband and father in the gospel. 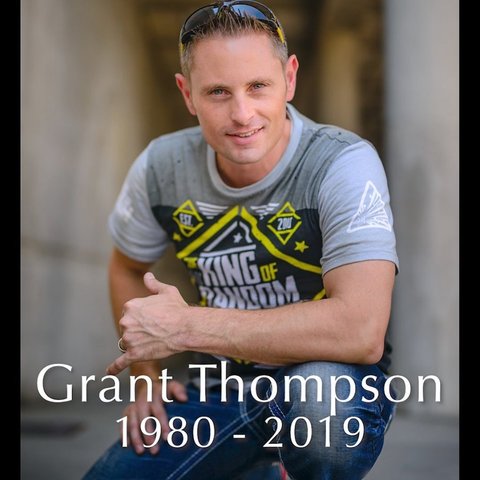 Grant, known as The King of Random on YouTube, died in a paragliding accident on July 29, 2019, in Washington County, Utah. He leaves behind his wife and four sons under the age of 10. Created in 2010, his YouTube channel consists of exciting science experiments and DIY projects. His most popular video, called “How To Make LEGO Gummy Candy,” has over 34 million views.

In 2017, Grant was featured on The Tonight Show Starring Jimmy Fallon as a “life hacks expert.”

But as the popularity of his channel grew, Grant discovered that the time available to spend with his family shrunk. Unsatisfied with this arrangement, Grant established a production team to help relieve some of his workload. In January 2018, The King of Random team released a video called, “What Happened to Grant? EXPLAINED!” in which Grant explained the real reason for the changes fans had been seeing.

“Some of you might know that right now I have four kids. Four boys, they are 8, 6, 4, and a new baby right around 8 months. This right now is the prime time of their life when they need their dad. I need to be there for them. And I don’t want to miss out on those golden years because once my kids grow up, that’s the end,” Grant explained in the video.

Once a team and systems were in place to help run the channel, Grant said he was able to “crack the code on quality of life.”

“It has given me the freedom to improve my marriage, spend better time with my kids, and work on my body as well and my mind, which are things that suffer when you’re working so hard every day. There’s not a lot of time for yourself or your family, but that’s the most important thing in your life,” said Grant.

A clear sense of what is important in life seems to be one of Grant’s greatest strengths.

“No matter what other offers Grant got, and some of those offers got pretty big, he never, not once, missed a date with me for something else. I always felt like the priority to him. Grant always made his family his number one priority, and the time he gave us, and memories we’ve made is the greatest gift he left to us,” said his wife, Janae Thompson, in a talk she gave at her husband’s funeral.

Grant and his wife, Janae.

Janae also spoke to her husband’s dedication to the gospel. For example, the family started a big reading chart to help them finish the Book of Mormon with the promise of a trip to Disneyland once they finish. That chart will remain in progress.

“Every morning as he climbed out of bed, the first thing to hit the floor would be his knees, and quietly he’d take a moment to begin the day in seeking guidance and giving thanks. Every night, just before he climbed into his bed, his knees would hit the floor again before resting for the day, no matter how long a day it’d been or how many hours he’d been working or playing. The image of Grant on his knees will forever be burned into the vision of my heart and mind from his consistent and daily repetition,” Janae said of her husband.

Grant’s death does not leave the Thompson family without spiritual support, however. Prior to Grant’s accident, the family had planned for him to baptize their 8-year-old son Riley during a trip to Hawaii. With all the family gathered for funeral services, however, they decided to forego those plans and baptize Riley at their church in Hurricane. 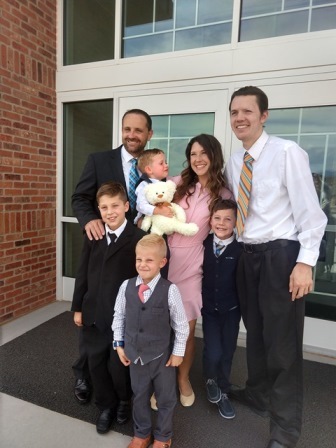 “Janae's brother Kendel baptized him and Grant's brother Mark confirmed him a member of the Church and bestowed upon him the gift of the Holy Ghost. We could all feel Grant near. It seemed surreal that someone other than Grant was in that water with Riley, but I think we all felt the comfort of the Holy Ghost on that occasion—knowing that the gospel is real, the gift of the Holy Ghost is real, the principles and ordinances of the gospel are the basis for our eventual salvation, together as families, in the celestial kingdom,” says Janet Christensen, Grant’s mother-in-law.

Grant’s memory will live on in more than just his family—millions of fans will not soon forget him and his insistence on living a purposeful life. In the same video mentioned above, Grant offers encouragement to his fans to pursue their dreams—and it has a familiar gospel ring to it.

“What you have is so valuable to people that they need you to give it to them. What I want you to realize is you’ve got something so special, so unique, that you do better than anyone else in this world, that it would almost be selfish if you kept it to yourself,” said Grant.

The love fans across the world had for Grant was evident on social media following his death.

“King of Random was one of the first channels I ever subscribed to on YouTube. I used his paper napkin rose technique on my first date with my current girlfriend of over four years. [I] can't believe he is gone. My sincerest condolences; he really brought a unique light with his life hacks and eccentric knowledge,” commented fan Marcus Alexander on the King of Random's Facebook page.

Another fan, Carol Fidel, says, “We are so heartbroken to read of this accident. My son has enjoyed Grant's videos and learned so much from them. We send our deepest condolences to his family during this terrible time. He will be deeply missed, and I hope his family knows what a positive impact he has had on so many lives.”

Providing safe, uplifting YouTube content wasn’t the only medium Grant used to spread goodness. He also appeared several times on national television, including Good Morning America. When the video team came to the Thompson home for the interview, Grant ensured that a large picture of the Laie Hawaii Temple was displayed prominently in the background.

While the Thompson family is experiencing all the difficult emotions that come with such a tragedy, their faith in the temple’s promise of eternal families brings them hope.

“Those of us that are closest to Grant are dealing with a great deal of grief. We just can't believe he has left us—so young and so full of life and energy. The gospel means everything to us at this time. We know that God has a plan for each of us,” says Janet. “Yesterday, some of his brothers were joking about how Grant is already tweaking how things should be done in heaven—figuring out a better, more efficient way. We have no doubt at all that Grant lives on as a spirit being.”

The King of Random team will continue to run the YouTube channel, stating that it is what Grant would have wanted. They are asking that fans do a random act of love or kindness in his honor. Janae supports the continuation of Grant's legacy through the YouTube channel. She concluded her talk at his funeral with this touching tribute.

"Just a few weeks ago, he brought home a piece of wall art that says, 'It’s so good to be home.' I looked at it the day after he died and felt his presence telling me, 'It’s true; it’s so good to be home.' And I’m happy for him. I have always thought of death as a graduation, and he would be the one to graduate early. He always found a way to life-hack through to the most effective way of doing things. His path of progression is not for me to decide, and I always have supported him 100 percent in everything that is right for him, and so even this will be no different. Congratulations Sweetie, I support you in your graduation. And even though I don’t know how yet, everything is going to be all right."