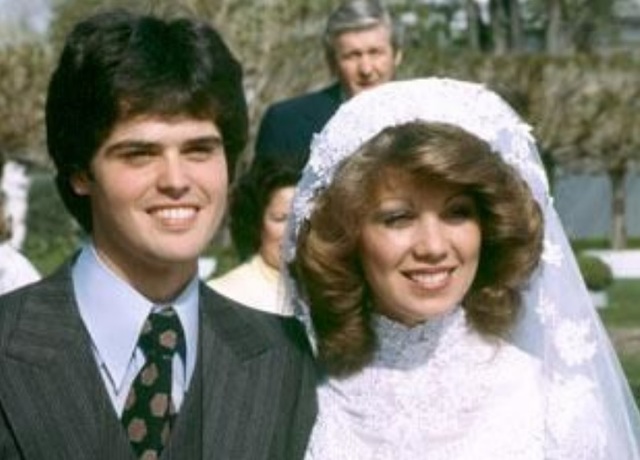 Donny Osmond: he's a classy entertainer known for being a straight-edge kind of guy who follows the rules. Well . . . most of the time.

But, back in 1976, love brought out another side of Donny when he "stole" his brother's girl. All's fair in love and war, right?

It's a little ironic that on Donny and his wife Debbie's first date, the two weren't actually on the date together.

It was an epic crossed lovers' scenario, with Donny falling for his brother's girl right in the middle of a 1970s Elton John concert.

“I vividly remember when Elton sat down to sing ‘Your Song,’ I looked over at my brother and his date, and I thought to myself, ‘Someday, I’m going to marry my brother’s date,’” Donny told the Huffington Post.

Though Donny fell head over heels for the cute cheerleader, the feeling wasn't mutual. Without consulting his brother, Donny called up Debbie to ask her on an official date.

“She turned me down. So the chase was on," Donny told the Huffington Post.  After a great deal of persistence, which included several attempts asking her out and three and a half years of dating, the girl who had the gall to turn Donny Osmond down finally became his wife. He was 20, she 19, and the two were married for time and all eternity in the Salt Lake Temple on May 8, 1978.