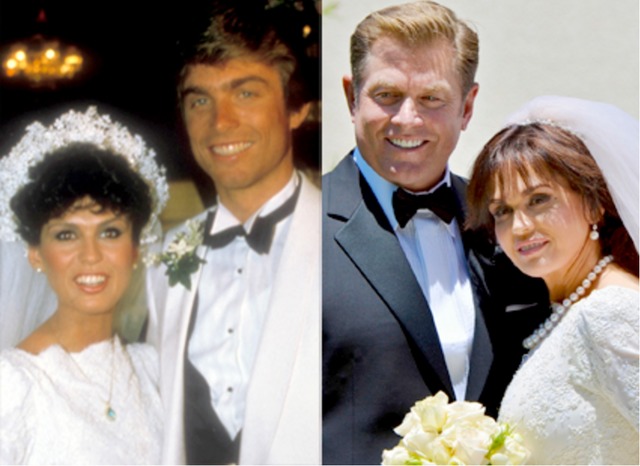 No real-life love story ends with "I do" followed by a happily-ever-after. Most have bruises and heartaches along the road.

Such is the case with Marie Osmond and her husband twice over, former professional basketball player Steve Craig.

The two first met after a basketball game at BYU where Steve was a star player. In an interview with Good Morning America, Craig shared what drew him to Marie:

"In the profession that she has, she has to go through a great many things. And through it all, I think she has maintained her dignity, her wisdom, and her humor and honesty. Through it all, basically, she has been a great asset to womanhood, and I can't think of any greater lady that I would like to have working together with me to raise our children."

But, things don't always work out according to plan. The couple was married on June 26, 1982, then again on May 4, 2011. In between those two dates, both Marie and Steve faced a number of heartbreaks—some that pulled the two apart, and others that eventually reunited them again.

Their divorce came in 1985. Then came Marie's remarriage, her struggles with depression, and another unfortunate divorce in 2007. Then, in 2010, the unthinkable happened: Marie's 18-year-old son, Michael, committed suicide. During this dark time, it was Craig who helped her to cope.

Though the couple celebrates their marriage on their original wedding day and Marie wore the same dress at the same temple, they decided to be married on a different day, May 4th, Michael's birthday.

"I wanted him to be there for the wedding [in spirit]," Marie told Daily Mail.

And though full of life's unexpected and inevitable ups and downs, the two are working towards their happily-ever-after, having just celebrated the birth of another grandchild.

"As far as Steve is concerned, I have never found anyone I respect more, who I love more," Marie told ABC News.

"She deserves it," Marie's brother Donny asserted, calling her romance a Cinderella story. "I tell you, after all she's been through it's about time that Marie gets a little happiness in her life."