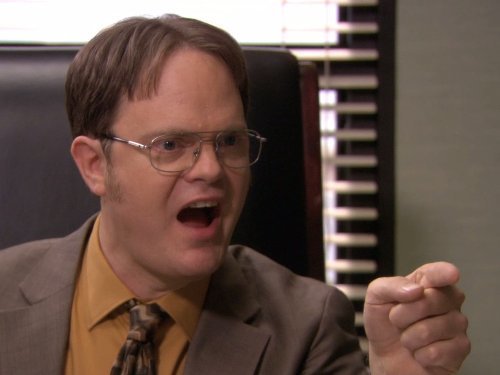 Rainn Wilson, best known for his role as Dwight K. Schrute from The Office, posted a picture of sister missionaries on his Instagram in 2017, saying, "I was visited by some very nice Latter-day Saint missionary Sisters this morning."

While tracting near Church members' houses, Sister McGuire and Sister Riggs knew that Rainn Wilson lived in the area, but they had no intentions of meeting with the TV star. "We just started walking down the street and I heard a voice from by his house, and I stopped and waited," Sister Riggs explained. Wilson was in his yard and came over to the fence, wanting to talk with the two sisters.

Despite their excitement, the sisters played it cool. "We actually pretended we didn't know who he was at first because we didn't want him to feel bombarded or like that is all we do (because it is for sure not!)" Sister Riggs shares.

But it turns out, Wilson already knew a little about the sacrifices missionaries make and the beliefs they teach. In fact, he already had a copy of the Book of Mormon and had read part of it.

Sister Riggs adds, "It was an incredible experience to learn his take on religion and what religion he considers himself. He was very open and willing to talk with us. He has read some of The Book of Mormon and said he has one! He was super open to what we had to say and had very positive things to say about the Latter-day Saint religion."

When Wilson asked if he could take Sister McGuire and Sister Riggs' picture to share on Instagram, the two missionaries saw this as another avenue to share the gospel.