4 Famous Actors Who Starred in Church Videos or Commercials

An Academy Award winner and one of the most loved Hollywood stars of all time, James (Jimmy) Stewart knows how to make a good Christmas movie. After returning home from serving as a pilot during WWII, Stewart filmed his iconic role as George Bailey from It's a Wonderful Life. Much later in his life, Stewart starred as the main character in the short film Mr. Krueger's Christmas, another heartwarming Christmas classic.

In an interview with Meridian Magazine, the director of Mr. Krueger's Christmas, Kieth Merrill, said of his interactions with Stewart:

"Following the rehearsal of the scene where Mr. Krueger visits the manager and pays homage to the Christ Child, Jimmy pulled me aside and said, “I need to do this in one take.”

"He had certainly proven his ability to nail a scene in one take, but on our low budget I only had one camera, and I needed coverage to make the scene work. . . . I tried to explain. Then, in that private moment, he shared his feelings for the Savior in a way that in our Mormon tradition was akin to bearing testimony:

"'For me this scene and these words are very personal and very real, and I will not be able to do it twice.'

"I am confident in telling you that Mr. Krueger’s emotions as he kneels and talks to the Babe in the manger reflect in reality the feelings of James Stewart toward the Lord, Jesus Christ. The reverence for the Savior of the World so beautifully manifested by Mr. Krueger was a genuine sentiment for this marvelous actor who brought the wondrous old man of Michael McLean’s imagination to life. Gratefully he agreed to one additional take that gave us what we needed to edit the scene together." 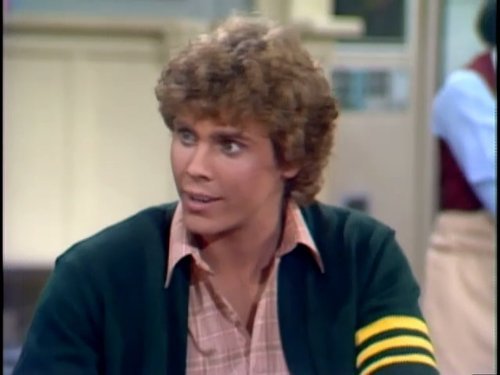 Shawn Stevens in Facts of Life. Image from IMBd.

Many of you might remember the Emmy-Award winning soap opera Days of Our Lives. It is, after all, one of the longest-running scripted television programs in the world. Actor Shawn Steven appeared in 136 episodes of Days of Our Lives as character Oliver Martin from 1981 to 1983. Just a few years later, in 1986, Stevens also appeared in a Church production entitled Our Heavenly Father's Plan, a 27-minute film that focused on the plan of salvation.