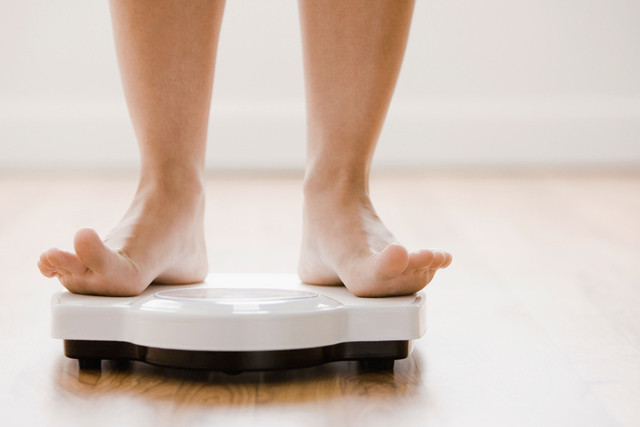 I have seen literally thousands of patients that want to lose weight . . . and keep it off. Here is my summary of all those people plus millions of others in the U.S.:

We just don’t get it.

When it comes to getting the fat off our bodies and keeping it off, we have bought into the big lie of the weight loss industry. Here it is:

“If I just eat less and exercise more, I’ll lose the weight and keep it off.”

And then there are the diets: low carb, low fat, eat every hour, graze, fast, Atkins, South Beach, ad infinitum. The list goes on. I see women in our clinic that have tried so many of these diets, and many of them have lost some weight—only to gain it right back. I’ve used hCG on over 3000 patients over the last 6 years. Yes, they did lose weight, but as soon as they stopped using the hCG, they gained it all back.

There is something missing.

If you are convinced that fat loss is merely a matter of “calories-in and calories-out,” you may want to rethink the whole idea, despite what your trainer at the gym is telling you. I see people hiring trainers that have their clients working out 6 days per week, and eating so little that it’s frightening!  Then the client doesn’t lose weight, so the trainer blames them saying, “You must be cheating somehow.” So the remedy? “Increase the workouts, and eat even less!”

That is insanity. It doesn’t work. It never has. That’s not how our bodies were designed.

Remember Jillian Michaels, the super-trainer from the show The Biggest Loser?  I love her weight-loss story because she tells the truth about how she finally was able to lose weight and keep it off permanently. I’ll quote out of her book called Master Your Metabolism (2009):

“After all the effort I'd put into learning about diet and nutrition, I just couldn't figure out why all my working out and freaky eating habits weren't doing the trick. I really thought I'd been royally screwed in the genetics department—that my metabolism just sucked, and I would never be able to have it as easy as some of my friends...

As soon as the [first season of The Biggest Loser] ended, I went from twelve hundred calories a day to a healthy eighteen hundred, a perfectly reasonable shift from someone who worked out as hard as I did.

And I put on fifteen pounds practically overnight.

But it wasn't like I just went home and stuffed myself with pizza. I was still working out five hours a week!  Again, I had to kill myself to get it back off.”

Now, notice what she says next because she was right on in her thinking:

“Something else was going on. This is ridiculous, I thought. Something was definitely wrong with my metabolism. It just shouldn't be this bloody hard...”

Jillian goes on in her book to say that she went and got all her hormones tested to see what was wrong with her metabolism. Once she got all her hormones balanced, she began not only losing the weight, but she was able to keep it off permanently. Her thyroid was in the basement. She was estrogen dominant. Her hormones were a mess. Now that she knew it was her hormones that were preventing her from losing weight, here was her great conclusion:

“. . . I had a completely plausible explanation for all the symptoms I'd ignored or denied for so many years: my facial pigmentation, my peaks and troughs of energy, and, yes, those fifteen instant pounds. The uniting factor was my hormones.

My fat-storing stress hormones, like cortisol, were through the roof. My fat-burning youth hormones, like growth hormone and DHEA, were plunging. I had more estrogen floating around than my body knew what to do with. My entire endocrine system was entirely whacked-out—and with it, my metabolism.

This realization was one of the greatest awakenings of my career. And from that moment on, I was unstoppable...I began to truly understand why I'd always struggled with my weight and that I had made it so much harder than it should have been...

Finally, it all made sense. It wasn't my genetics that had screwed me; I had screwed myself by burning the candle at both ends, working myself into the ground at the gym, and living on processed diet foods...

To say that I was crushed was an understatement. How many years, how many thousands of extra hours in the gym, had I logged because I didn't know how to protect my hormones? How much incredibly disgusting diet food had I eaten, believing it was helping me to stay skinny—when it was really making me fatter?...

Once I hit upon the right combination of elements, I started to see results very quickly. Pounds started to fall off without having to spend hours in the gym. Whereas before I would have to be meticulous and watch every single calorie that passed between my lips, now I could eat normally, not be hungry, and stop obsessing about food. I had the body I always wanted—and I felt healthier and more energetic than I had my entire life. . . ...you can't imagine how freeing that is.”

Any and all attempts to lose fat without first restoring your hormones to their proper levels will be in vain.

We balance your hormones and teach you how to eat to be healthy. The permanent weight loss follows.

Want more information? Go to our website and learn more: www.utahwellnessinstitute.com or call our office.

Diet HealthDiet,Health,
Comments and feedback can be sent to feedback@ldsliving.com