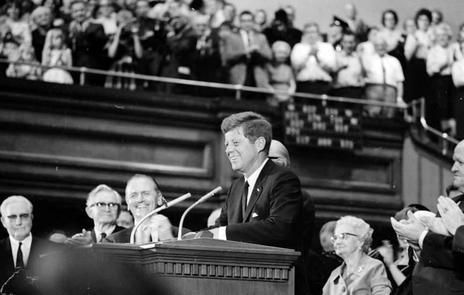 President John F. Kennedy considered a speech he gave in the Salt Lake Tabernacle Sept 26, 1963, among the best of his short time in the White House.

"The president's little brother, Bobby, told me that the president thought this was one of the one or two best talks he'd ever given. He had a copy of it made to give to his father and mother," McConkie said.