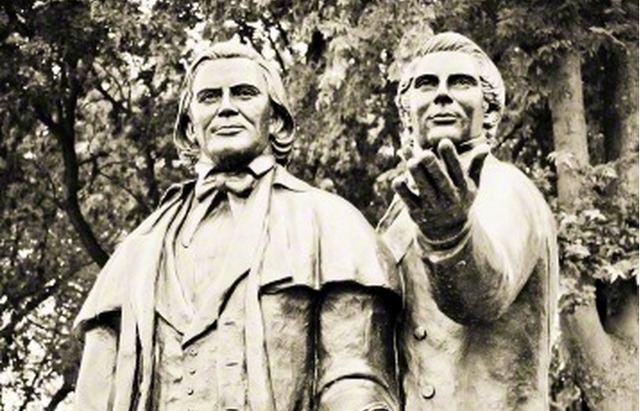 MR says: Ever wondered where Brigham Young lived and what he did before he was a Mormon?

A descendant of Brigham Young, Richard Lambert, just bought the home where his ancestor lived over a decade before becoming prophet of the Church of Jesus Christ of Latter-day Saints.

Lambert, a vice chairman of the Mormon Historic Sites Foundation, says he discovered letters in the Church's library that prove Brigham Young and his wife lived in the small, two-room home in the late 1820s. The home is located in the village of Port Byron, 25 miles west of Syracuse.

Brigham Young was born in Whitingham, Vermont on June 1, 1801 and spent his early days working as a traveling blacksmith and carpenter. He and his first wife, Miriam Angeline Works, were married in 1824 and lived in the small New York home during the later part of that decade, just a few years before Brigham Young joined the Church.