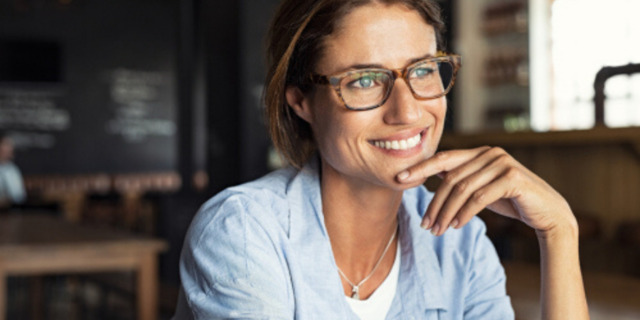 Scripture provides numerous examples of people whose lives did not turn out the way they might have hoped. Yes, Alma the Younger repented, but Laman and Lemuel brought no such happiness to their father. Shadrach, Meshach, and Abed-nego escaped death, but Abinadi was not so lucky. While the sons of Mosiah had great missionary success among the Lamanites, Mormon watched the Lamanites destroy his people. Rachel overcame her struggle with infertility, but Leah was always the second-class wife. Notice how, in each of these cases, the trials did not come from the person’s own choices but resulted from the actions of others. Let’s explore the more discouraging halves of these scriptural contrasts to discuss a point rarely mentioned: sometimes, things do not work out for the righteous. Even the greatest of people often face horrific trials that do not go away. Sometimes, there is no happy ending in mortality. Although this is not a pleasant concept, understanding the hard lives of scriptural heroes can bring us peace.

Much of Lehi’s past remains shrouded in mystery, but we know he was a prophet who saw the Lord. Lehi was also wealthy; he had obtained both temporal and spiritual success. But like all parents, he could not control the choices of his children. Although many parents struggle with children who make poor decisions, few know the strain of disobedient children as well as Lehi. He had children who “did murmur in many things against their father” (1 Nephi 2:11), smote their brothers with a stick, and on multiple occasions sought to kill Nephi and even Lehi.

As Lehi was about to pass away, he said to Laman and Lemuel, “My heart hath been weighed down with sorrow from time to time, for I have feared . . . that ye be cut off and destroyed forever” (2 Nephi 1:17). His dying wish was that his sons would “arise from the dust . . . and be men” (2 Nephi 1:21). Instead, Laman and Lemuel hardened their hearts against Nephi and were full of hatred toward him (see 2 Nephi 5:14). Lehi’s supreme trial of having children who made poor choices was never resolved. For decades, he worked with Laman and Lemuel, patiently encouraging them to choose a better path. But in the end, they didn’t, and there was no happy ending in mortality.

Centuries after Lehi’s death, Abinadi bravely testified before the people of King Noah. When they sought to take his life, God miraculously delivered him. Two years later, he returned and taught Noah and his priests. After listening to Abinadi, Noah sentenced him to death, but the Lord again delivered Abinadi, causing the Spirit of the Lord to shine in his countenance so that Abinadi could continue to teach.

Nevertheless, after Abinadi’s discourse, King Noah once more commanded that Abinadi should be put to death (see Mosiah 17:1). Abinadi had already been delivered twice; did he anticipate God would do so again? This did not happen—the priests “took him and bound him, and scourged his skin with faggots, yea, even unto death” (Mosiah 17:13). At what point did Abinadi realize God would not deliver him? How did he feel when he learned that, like many prophets before him, he would not have a happy ending in mortality?

Mormon was born about 310 AD; by the time he was sixteen, he led an army of Nephites against the Lamanites in battle. He spent most of the next two decades engaged in warfare. He also attempted to preach to the people, but they would not listen. On multiple occasions, he described the deep sorrow he felt because of the sin and death surrounding him:

Notwithstanding the wickedness of his people, Mormon put his entire heart and soul into defending them and persuading them to repent (see Mormon 3:12). Mormon presided over battles that culminated in the deaths of hundreds of thousands of people. Even at the age of seventy-four, Mormon was still strategizing about how best to defend his people against the Lamanites. After a battle in which “every soul was filled with terror” (Mormon 6:8), Mormon was one of only twenty-four survivors. He recorded, “My soul was rent with anguish, because of the slain of my people” (Mormon 6:16). Shortly after writing these words, Mormon was murdered by Lamanites.

Mormon dedicated his whole life to defending his people, and ultimately, he failed. Though he had some incredible long-term successes (like the eventual publication of the Book of Mormon!), these accomplishments came long after mortality. For the most part, Mormon’s life was full of bitter disappointment. Even though he poured out his soul in prayer “all the day long” (Mormon 3:12), his prayers weren’t answered in the way Mormon hoped.

From the beginning of the Book of Mormon (Lehi), to the chronological middle (Abinadi), at the end (Mormon), and everywhere in between, the Book of Mormon is full of stories of people who did not have mortal happy endings. The Bible is similarly replete with such accounts; let’s consider just one.

When Jacob met Rachel, he immediately fell in love with her, volunteering to work for seven years in exchange for her hand in marriage. Jacob appears to have ignored Leah, Rachel’s older sister. The scriptures describe Leah as being “tender eyed,” while Rachel was “beautiful and well favoured” (Genesis 29:17). On what Jacob thought was his wedding night with Rachel, his father-in-law had different plans. We read, “In the evening, [Jacob’s father-in-law] took Leah his [older] daughter, and brought her to [Jacob]; and [Jacob] went in unto her” (Genesis 29:23). The next morning, when Jacob discovered the ruse, he was indignant. How did Leah feel? What went through her mind on her wedding night? Had her father given her strict instructions not to speak, lest Jacob discover the deception? Did she secretly hope she could win Jacob’s heart? Did she feel excited? Nervous? Scared? Disappointed? Violated?

Within one week of his marriage to Leah, Jacob took Rachel as his second wife. The scriptures explicitly state that Jacob “loved . . . Rachel more than Leah” (Genesis 29:30). What did that feel like for Leah? When Leah was the first to become pregnant, she thought, “Now therefore my husband will love me” (Genesis 29:32). But he didn’t. It appears that over the following decades, Rachel remained the preeminent wife. We have no indication that Leah ever felt loved by Jacob (see Genesis 30:14–16; 33:2). For Leah, there was no Prince Charming and no happily ever after in mortality.1

Some righteous people will never get married. Some couples will get divorced or never have children. Other people will courageously stand up for truth, only to be ridiculed. Many will struggle with unwanted feelings or temptations. Some will be victims of terrible crimes. We might devote our best efforts to a cause, hope, or dream and never see it become reality. We may have a debilitating disease that is never cured or see a loved one die prematurely. It is possible that, in some aspect of our lives, we will not have a mortal happy ending. Acknowledging this reality helps us handle extreme trials when they come our way.

We can replace the false expectation, “If I keep the commandments, things will always work out in the short term the way I want them to,” with an eternal expectation: “If I keep my covenants and endure to the end, everything will work out—whether in this life or the next.” We can say something to the effect of, “I’m choosing to stay on the covenant path because I love God—regardless of my current life circumstances.” I believe Leah, Lehi, Abinadi, Mormon, and others focused their eyes on the future and found hope in their eternal expectations. As far as we know, Leah never found true love in this life. Was some of her pain ameliorated over the centuries as her descendants, such as David and Solomon, rose to prominence—or when she witnessed the birth of her most famous descendant, Jesus Christ?

At the same time Lehi spoke of his poor health, “the anxiety of [his] soul,” and his “heart [being] weighed down with sorrow,” he also described how he was “encircled about eternally in the arms of [God’s] love” (2 Nephi 1:14–17). Lehi was able to hold both realities simultaneously and find joy in eternal expectations even though he had serious temporal troubles.

Shortly before being put to death, Abinadi stated, “It matters not whither I go, if it so be that I am saved” (Mosiah 13:9), and testified that “there is a resurrection, therefore the grave hath no victory, and the sting of death is swallowed up in Christ,” who is “the light and the life of the world; yea, a light that is endless” (Mosiah 16:8–9). Though we cannot know what Abinadi’s temporal feelings were at his execution, his eternal expectations likely softened the pain he felt.

In the same letter in which Mormon expressed his horror at the wickedness of his people, and their refusal to listen to his words, he also shared his hope with Moroni that the Atonement of Christ would “rest in [their] mind[s] forever” (Moroni 9:25). While eternal expectations do not eliminate all pain, they do provide comfort in difficult times.

1. Remember the Heroes’ Hard Times: As you read the scriptures, look for heroes who held strong even when their lives were extremely difficult. Take courage from their examples.

2. Examine Your Expectations: If you are struggling with a serious challenge, examine your expectations by asking yourself these two questions: 1. What outcome am I expecting that I am not receiving? 2. How could I alter this expectation to focus on the eternal expectation of a future day when “God shall wipe away all tears”?

Christ wants us to feel peace, hope, and even joy—and He alone is the source of true and everlasting peace. Through scriptural insights, personal experiences, modern psychological research, and illustrations, The Founder of Our Peace offers Christ-centered patterns to help us combat these challenges and invite greater peace into our lives today. Available now at DeseretBook.com.

1. While speaking at a district conference in Jerusalem on April 14, 2018, Sister Patricia Holland shared thoughts about Leah that formed the basis for Leah’s inclusion in this section.