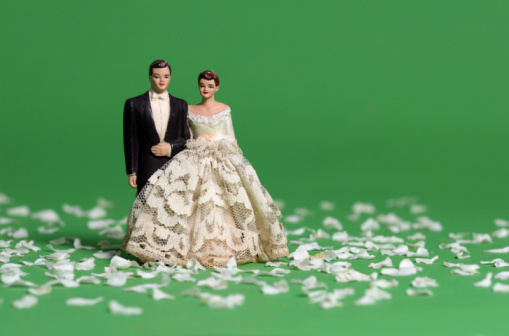 Finding the right person to marry at the right time

Although my grandparents, Don and Donna (cute, right?), knew each other for seven years before getting married, Don didn’t decide to make his move until Donna was already engaged to a fellow named Owen.

Don conveniently came home on leave from the Air Force just before the allies achieved victory in Europe, so he had a leg up on getting home from the war.

Uncertain about the morality of putting the moves on an engaged woman, Don asked his best friend, Derby, Donna’s brother, what he thought of the predicament.