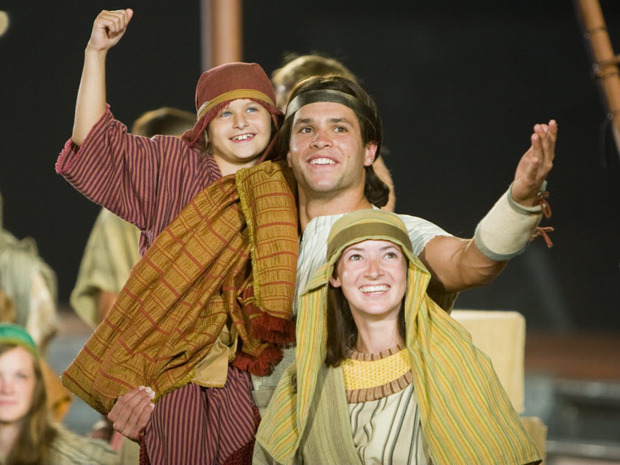 Finding what it means to be Mormon in America

The 9,000 folding chairs facing the Mormon holy site called Hill Cumorah are filling up quickly two hours before the annual pageant is set to begin just after sundown. This is the opening performance of what will be a week-long run and each night pilgrims who have travelled from all around the world to be here will occupy nearly every seat.

Tonight they have come to sit in this field in a scrubby, slightly woebegone part of upstate New York under oppressive heat to see a reenactment, by a cast of 800, of The Book of Mormon, the foundational story of the Church of Jesus Christ of Latter-day Saints. Mormons say Joseph Smith, a poorly educated farm boy, found gold plates etched with hieroglyphics on this hill in 1823 after he was directed to the spot by an angel. In 1827, the angel told Smith he was finally deemed worthy to take the plates and translate them into English. Once he was done, the plates were taken back to heaven.

For 90 minutes tonight, the hill will explode with fiery eruptions, cataclysmic battles, warnings from prophets and scenes of Jesus Christ suspended in mid-air that recall what Mormons say was his visit to an ancient tribe of Israel in the Western Hemisphere just after his crucifixion and resurrection 2,000 years ago.
Read the rest of this story at nationalpost.com