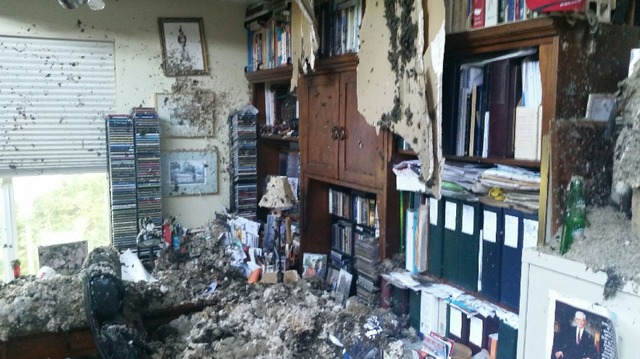 We're so grateful the family got out safely!

A restful night began with a peculiar smell of smoke and faint sounds of fireworks and ended with a catastrophic house fire. BYU history professor Jay Buckley turned off the nighttime news and prepared for bed. As he laid in bed he smelled an unusual odor. As he investigated the odor, he quickly realized it was smoke.

Buckley went outside his home in Orem to find a fire on his roof, starting to engulf his office upstairs. He immediately called 911. They instructed him to get out of the house.

“My first priorities were getting my wife and children out to make sure they were safe,” Buckley said.

Mormon Life Byu FireByu,Fire,Mormon Life
Comments and feedback can be sent to feedback@ldsliving.com