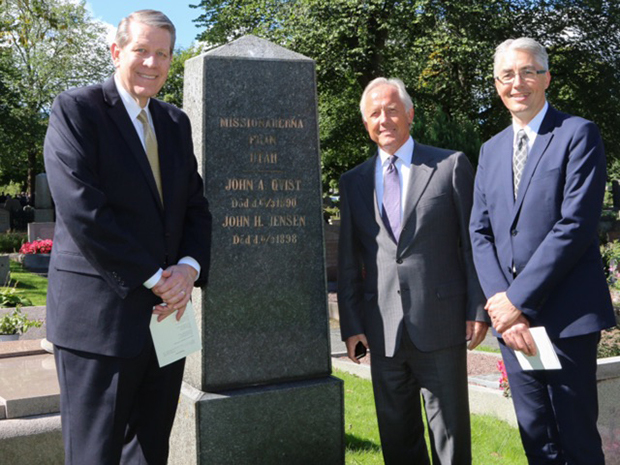 Our thoughts and prayers are with the Malm family.

Elder Per G. Malm, the first General Authority to have been called from Sweden, was laid to rest August 16 near the graves of two men who died while serving as missionaries for the Church in the 1890s.

Elder Malm, whose six-year ministry as a General Authority Seventy focused largely on missionary work, died of cancer July 26 at his home in Göteborg. He was 67.

Elder Donald L. Hallstrom of the Presidency of the Seventy and Elder Patrick Kearon, General Authority Seventy and President of the Church’s Europe Area, spoke at a funeral held in the Västra Frölunda Ward in Göteborg, Elder Malm’s home ward.