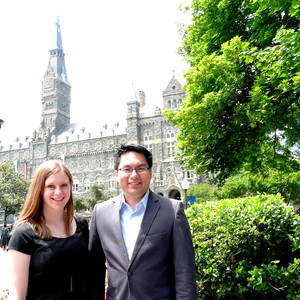 Two May graduates of Georgetown University are believed to be the first Latter-day Saints at the school to become part of the prestigious honor society Alpha Sigma Nu. The school is the oldest Catholic and Jesuit institute of higher learning in the United States.