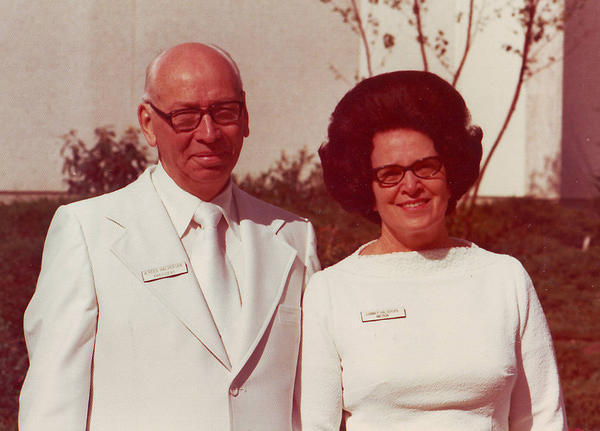 Luana Halversen still remembers how she felt when members of the First Presidency of the LDS Church called her and her late husband, A. Reed Halversen, to be the first matron and president of the Ogden Utah Temple in 1971.

“President Harold B. Lee asked if I was worried. I said, ‘I’m scared to death,’” Halversen said in a recent interview with the Deseret News. “‘But I’ll go in that temple and do my best, give it all I got.’ His answer was to ‘go in and be yourself.’ So we went in and we worked.”

The Halversens served in that capacity until 1976. Looking back four decades later, it was a special assignment during a lifetime of service in The Church of Jesus Christ of Latter-day Saints.

In late August, Halversen toured the recently renovated Ogden Utah Temple with members of her family.