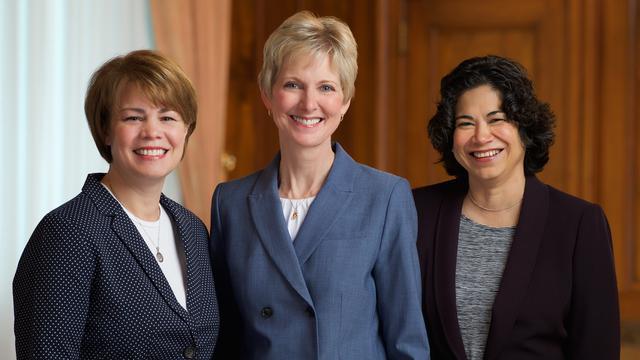 The First Presidency of The Church of Jesus Christ of Latter-day Saints announced a new Relief Society general presidency and a reorganized Primary general presidency during the Saturday afternoon session of the faith’s 187th Annual General Conference April 1, 2017.

Jean B. Bingham, Sharon Eubank and Reyna I. Aburto will oversee the Church’s Relief Society, one of the largest women’s organizations in the world. Under the direction of the First Presidency, the Relief Society presidency oversees the activities of all Mormon women ages 18 and over. These leaders travel frequently to help guide and support the women of the Church.