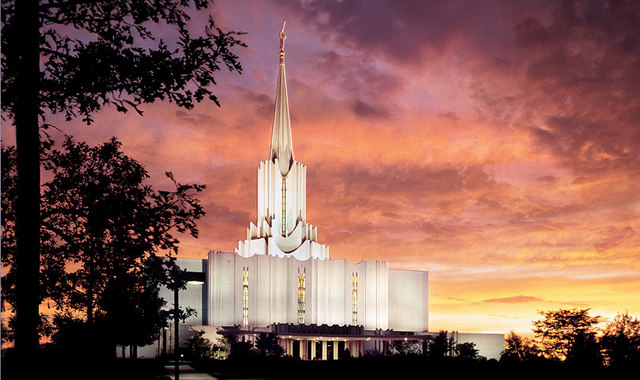 The First Presidency announced that the Jordan River Utah Temple, which has been closed since February 15, 2016, for extensive renovation, will be rededicated on May 20, 2018, in three sessions that will be broadcast to Church members in the Jordan River, Oquirrh Mountain, and Draper Utah Temples districts.

Prior to the dedication, the public can view the temple at an open house that will begin March 17 and continue through April 22.

About the changes to the temple, Mormon Newsroom states, "The temple configuration has remained the same, but the entire property, inside and out, has been refreshed with new finishes, furnishings, carpet, paintings and murals. The plumbing, heating and air conditioning systems have been updated, making the sacred structure more energy efficient with improved circulation. Seismic work and waterproofing have also been done on the foundation, a new roof has been added and landscaping has been refreshed."

Currently, the Church has 156 operating temples worldwide, with 12 under construction and 14 announced. Three more temples will be dedicated before the end of 2017: Tucson Arizona, Meridian Idaho, and Cedar City Utah.

The Jordan River Utah Temple was originally dedicated in 1981 by Marion G. Romney.