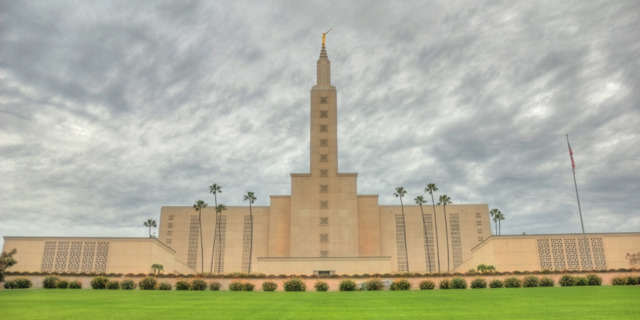 Editor's note: This press release was originally published on May 7, 2020. An updated list of temples in the first phase of reopening is included below, with the most recent additions bolded.

In a letter to all Church members, the First Presidency of The Church of Jesus Christ of Latter-day Saints expressed their gratitude for the efforts of all those who have worked to address the global COVID-19 pandemic.

“With profound gratitude to our Heavenly Father that He has heard our prayers, we rejoice in announcing a careful, phased reopening of temples,” the First Presidency said. “Beginning Monday, May 11, 2020, living husband-and-wife sealing ordinances will be performed in selected temples for members who have been previously endowed.”

► Related content: The Church and Coronavirus: A Timeline of News Releases and Media Coverage

In the first phase of temple reopening, temple ordinances will be limited to husband-and-wife living sealings (marriages) for members who are already endowed. This will begin at selected temples in Idaho and Utah (USA) and Germany and Sweden (see list of temples opening at the end of this article). The current status of individual temples can be viewed on each individual temple’s page on Temples.ChurchofJesusChrist.org.

These sealings will take place Monday through Saturday by appointment only and initially will be limited to one sealing ceremony or family at a time in the temple. When the appointment is made, staff will verify that the couple lives within the approved geographic area for receiving ordinances in that temple. All government and public health directives will be observed, including restrictions related to travel and crossing of state or other regional borders, and the use of safety equipment such as masks.

For these living sealing ordinances, temples will have a very limited number of staff in the temple—as few as two or three people. Each bride, groom and their limited number of guests will be greeted at the door of the temple and escorted to the sealing room. The bride and groom are invited to come to the temple dressed in the customary white trousers, shirt and tie (for men) and dresses (for women). They will then dress in ceremonial temple clothing within the temple.

The number of participants in each sealing will be restricted to the bride, groom and a limited number of guests per instructions provided at the time of scheduling. Only those who are in good health and have no symptoms of COVID-19 should come to the temple. The sealing and other rooms in the temple will be thoroughly cleaned and sanitized following each ceremony.

The reopening of temples will proceed in a cautious and carefully planned and coordinated manner based on local government restrictions and as authorized by the Temple Department. The four phases of opening are designed to reduce risk, accommodate the demand and capacity of the temple, and observe any relevant health restrictions in the temple district.

As directed by the Temple Department, other temples will be reopened based on local government and public health directives. They will follow this same phased approach in reopening, beginning with husband-and-wife sealings by appointment.

In addition to the processes outlined above, each temple presidency will take extra precautions to help protect temple workers and patrons. This will include allowing patrons to wear their own masks and gloves, providing hand sanitizer at several locations in the temple, and encouraging frequent handwashing and appropriate social distancing. All those who serve in the temple will do so on a volunteer basis. Adjustments to temple operating schedules, seating arrangements and temple facilities will also be made to further increase safety.

The First Presidency concluded their letter with an expression of hope and a request: “We ask for your continued faith and prayers that this pandemic and its lingering effects may pass. We look forward to the day that we can resume full operation of our temples, congregations and missionary service.”

The following temples will begin Phase 1 of reopening on the date listed after the temple name. The most recent additions are bolded:

Two temples which had previously reopened as Phase 1, the Colonia Juarez Chihuahua Mexico Temple and the Monterrey Mexico Temple, are now closed.

See a full list of temples and their current status.