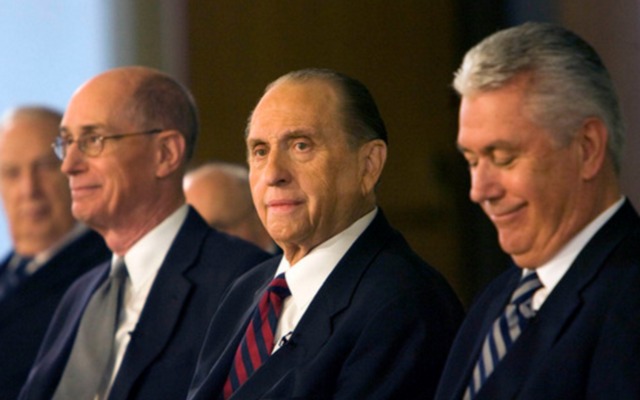 One letter—sent to Church members in Arizona, California, and Nevada and posted by the Deseret News—focused on lawmakers' efforts in those states to legalize marijuana for recreational use.

About such legislation, the First Presidency wrote:

Drug abuse in the United States is at epidemic proportions, and the dangers of marijuana to public health and safety are well documented. Recent studies have shed light particularly on the risks marijuana use poses to brain development in youth. The accessibility of recreational marijuana in the home is also a danger to children.

We urge Church member to let their voices be heard in opposition to the legalization of recreational marijuana.

The Church maintains a firm belief in the sanctity of human life and opposes deliberately taking the life of a person even when the person may be suffering from an incurable condition or disease (see Handbook 2: Administering the Church [2010], 21.3.3). Life is a sacred gift and should be cherished even in difficult circumstances. . . .

Experience suggests that such legalization [of physician-assisted suicide] can endanger the vulnerable, erode trust in the medical profession, and cheapen human life and dignity. Moreover, the decision to end one's life carries a lasting impact far beyond the person whose life is ending.

While taking a firm stance, the First Presidency makes it clear that members "should not feel obligated to extend mortal life through means that are unreasonable."

For more information about the research behind recreational marijuana use and physician-assisted suicide, visit Deseret News.