From Washington to Guatemala and Benin to Ecuador, the Church has called eight new mission presidents and their wives to serve in countries around the world. 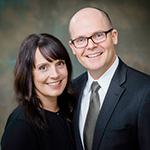 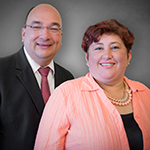