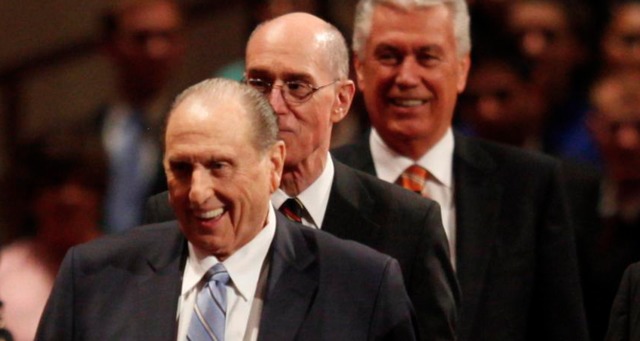 The First Presidency often issues a letter to be read in sacrament meetings during election season. But with a particularly heated presidential election this year, the prophet and apostles' counsel seems more necessary than ever.

Even Elder Dallin H. Oaks noted, “The divisions and meanness we are experiencing in this election, especially at the presidential level, seem to be unusually wide and ugly." While Elder Oaks challenged the Saints not to become a part of this ugliness, the First Presidency is still urging Saints to participate in this year's election. The following letter, dated October 5, 2016, was recently posted on Mormon Newsroom:

As citizens we have the privilege and duty of electing office holders and influencing public policy. Participation in the political process affects our communities and nation today and in the future. We urge Latter-day Saints to be active citizens by registering, exercising their right to vote, and engaging in civic affairs.

We also urge you to spend the time needed to become informed about the issues and candidates you will be considering. Along with the options available to you through the Internet, debates, and other sources, the Church occasionally posts information about particular moral issues on which it has taken a position at www.MormonNewsroom.org.

Principles compatible with the gospel may be found in various political parties, and members should seek candidates who best embody those principles.