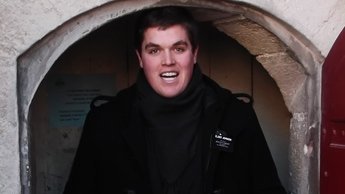 Following in Romney's footsteps: A Mormon missionary in France

At age 19, Mormon men typically leave home to do voluntary mission work for two years. France24.com caught up with one young Mormon, Taylor Johnsnon (pictured), who is doing his mission in France, as Mitt Romney did nearly 50 years ago.

Taylor Johnson is a 20-year-old Mormon from Orem, Utah, currently doing two years of volunteer missionary work in France, as per Mormon tradition. First placed in Vannes (in the Western coastal region of Brittany) and then closer to Paris (in Torcy and Antony), Johnson had never previously met the other Mormon missionaries – an international group including other Americans, French, Finnish, and British – with whom he found himself working in France. In accordance with the Mormon Church’s recommendation, he will not return to the US during the two-year mission, or have his family visit him in France.

Read the rest of this story at france24.com