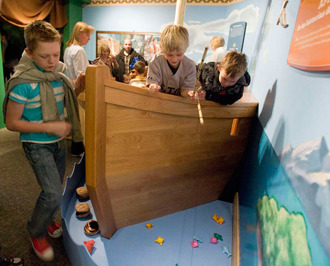 For the kids: 5 things you'll find at the new Church History Museum exhibit

The Church of Jesus Christ of Latter-day Saints recently unveiled a new exhibit at the Church History Museum specifically designed for families.

Following are five things families can expect from the new exhibit: