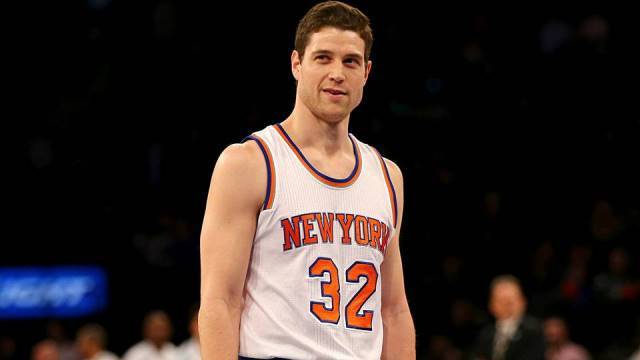 Jimmermania is coming back to the United States.

Jimmer Fredette, the former BYU sharpshooter that took the nation by storm nearly a decade ago, has signed a two-year contract with the Phoenix Suns Thursday, according to a report from Shams Charania of The Athletic.

Fredette must receive a clearance from his Shanghai Sharks team in China before he can officially be cleared, according to Charania. The second year of Fredette’s deal is a team option.

Fredette met with the Suns on a potential deal Wednesday, according to Arizona talk radio show host John Gambadoro. He told KSL Newsradio the Suns were expected to give Fredette a look because they had an open spot.

“It’s just a free look,” he said. “You see if he fits along with Devin Booker as a shooter. The Suns want to get guys who can knock down shots … and for them, it makes sense.”

Following a brief stint in the NBA, Fredette signed a two-year deal with the Sharks in 2016 worth more than $1 million. In China, Fredette put on a show with his scoring and averaged 36.0 points per game during the 2018-19 season, including a 75-point performance in a game in Shanghai.

► You'll also like: Jimmer Fredette Shares the Call from Elder Ballard That Changed His Life

Lead Image: Al Bello/Getty Images—Jimmer Fredette #32 of the New York Knicks in action against the Toronto Raptors during their game at Madison Square Garden on February 22, 2016 in New York City.