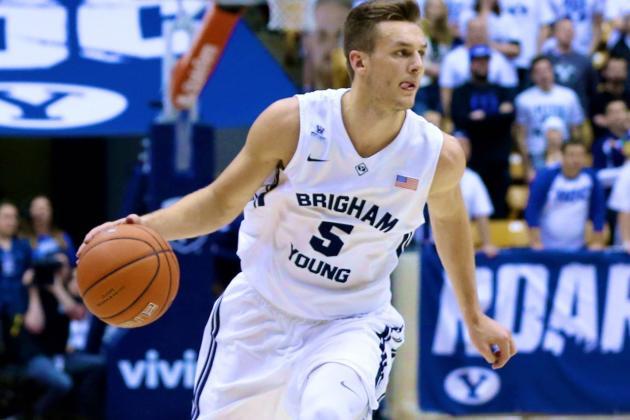 Kyle Collinsworth graduated from BYU in April as perhaps the most complete basketball player in school history. As the WCC Player of the Year, he is BYU's all-time leader in rebounds and assists, and over the course of his career, he accumulated more triple-doubles (12) than any player in college basketball history.

Despite this record, a slew of past injuries made professional teams wary of him, and he went unselected in the 2016 NBA Draft. But the skills he put on display at BYU helped him to join the Dallas Mavericks Summer League squad a few weeks ago.

Collinsworth only saw limited action in the Summer League, but yesterday, he announced that he'd signed a two-year, partially guaranteed deal with the Mavericks.

Just signed a 2 year partial guaranteed contract with the @dallasmavs! Grateful for the chance the mavs organization has given me!!— Kyle Collinsworth (@bigrussia5) July 21, 2016

Collinsworth has to make the roster in order for the deal to be fully executed, but team officials evidently have high hopes for the three-time Cougar captain.