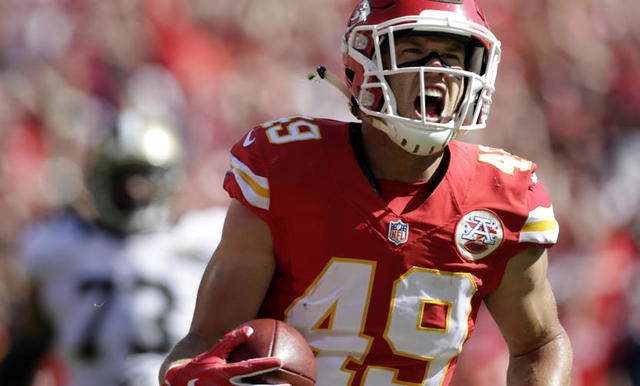 Mormon NFL Player Gaining Admiration, Making a Name for Himself with Chiefs

“It’s a dream come true to be doing what I’m doing,” former BYU football player and NFL Daniel Sorensen says about his NFL career. “I think about it every day. I’m very fortunate. It’s very surreal.”

Daniel Sorensen, the Kansas City Chiefs' third-year safety via BYU, is being interviewed for a newspaper story, and he's enjoying it about as much as he would a root canal. His answers are short and monotone, and there are long pauses after each question. His family had warned that this would be the case, especially if he was asked to talk about his least favorite subject.

“He never likes to talk about himself,” says his mother Roxann from her home in American Fork. “He’s never been one for attention.”

Sorensen has no one to blame but himself. If he weren’t providing one of the best feel-good, underdog stories of the season, he wouldn’t be getting such attention. He was an undrafted free agent in 2014. Not even agents would touch him, but Andy Reid, the head coach of the Chiefs and a former BYU coach, personally invited him to camp.

Sorensen made the team.

And then he didn’t.