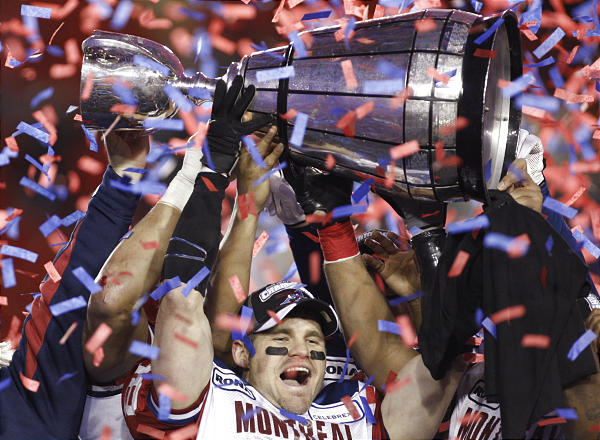 Ben Cahoon was 25 years old and headed to graduate school when he decided to take a detour. He obtained a one-year deferment from school and flew to Montreal to play professional football in the Canadian Football League.

He promised his wife Kim that he would play just one season "to get it out of my system." Then he would report to the University of Utah, where he had been accepted that fall in the physical therapy program.

This was in 1998. Now he is 38 years old, the father of four daughters, and Cahoon still hasn't gotten it out of his system. The one-year detour has turned into 13 years (and counting?). Meanwhile, he has proven that a slow, short, white guy ?— as he describes himself — can play pro football and then some. Two weeks ago, Cahoon, a BYU and Mountain View High grad, became the leading receiver in CFL history.