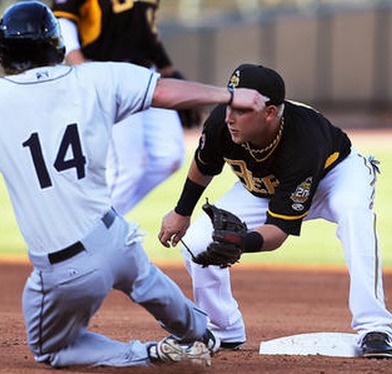 SALT LAKE CITY — Before Tuesday's Salt Lake Bees game, two-time NL MVP and seven time All-Star Dale Murphy sat outside Smith's Ballpark greeting fans and signing autographs. One such fan knew of Murphy, not from his baseball days, but from his post-baseball life.

She handed Murphy a phone with her brother on the line. Her brother knew the baseball legend because of what he did out in a different field, one where he called Murphy "President" and Murphy called him "Elder."

Murphy, who makes his home in Alpine, spent his Tuesday night at the Bees' home field as part of the Mobil Super "Go the Distance" tour. While Salt Lake fell to Tacoma 14-7, baseball fans had plenty to cheer about before the game as Murphy spent time taking photographs, talking with baseball lovers, and reminiscing on his life experiences — in all aspects of his life.