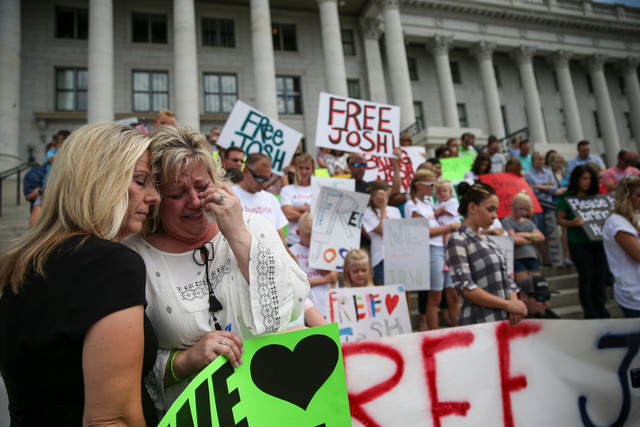 Our thoughts and prayers are with Joshua Holt and his family.

A former Mormon missionary from Riverton whose health has declined during his roughly year-and-a-half in a Venezuelan jail has been denied transport to a hospital despite his "delicate state," his family said Monday.

Josh Holt, 25, was arrested in June 2016 after he traveled to the South American nation to marry a woman he met through online Spanish lessons. He sought to secure visas for his wife and her children.