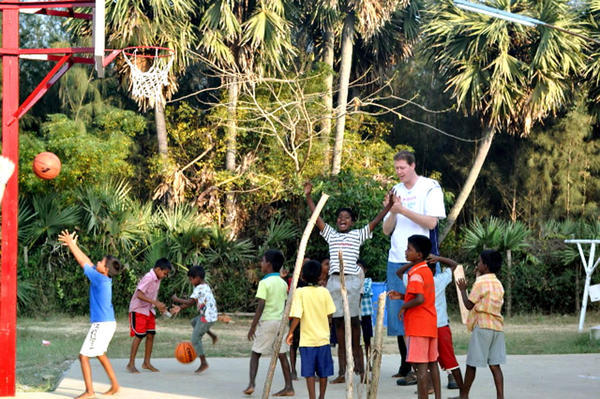 An estimated 1 million people in India are afflicted with leprosy, a disease many people believe was eradicated long ago. But thanks to Rising Star Outreach and former BYU and NBA basketball player Shawn Bradley, the goal is to make the current generation the last to suffer from this disease.

Bradley recently attended a fundraiser in Salt Lake City for the organization. Its mission is to help leprosy colonies become thriving, self-sufficient communities by the year 2020. It's an organization he and his family hold close to their hearts.

Bradley and his wife, Annette, didn't know much about leprosy when they first attended a fundraiser a few years ago. "The only leper experience I had was in reading the Bible and those stories," Shawn Bradley said.

Leprosy is an infectious disease that mainly affects the skin and nerves in the hands and feet, and in some cases, the lining of the nose. The World Health Organization says there are countries in the world where cases of leprosy remain high, including, Angola, Brazil, Democratic Republic of Congo and India. Since the 1980s, 11 million people have been cured of leprosy in India.