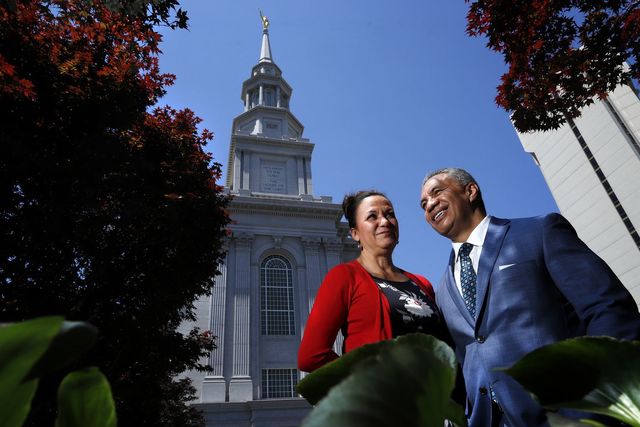 When Elder Vai Sikahema was a boy, he kept the law of chastity out of respect for his mother. Then it turned into a desire to obey God’s commandments. Now, as a father, Elder Sikahema finds new gratitude in the blessing it was to his children.

In an interview with The Christian Science Monitor, Elder Sikahema shared his thoughts on why he keeps the law of chastity. He is known for his career in football, both at BYU and in the NFL, his current role as a news anchor, and his calling as an Area 70 of The Church of Jesus Christ of Latter-Day Saints.

The Christian Science Monitor interviewed Elder Sikahema as part of a series of articles looking at the Ten Commandments through modern lives. Elder Sikahema's comments addressed the commandment “Thou shalt not commit adultery.”

“Once I had kids, and three of the four were sons, it occurred to me that among the blessings of honoring that commandment was that my children would grow up with the security that can only come from knowing that their father loves their mother in the most sacred way,” Sikahema told The Christian Science Monitor. “I did not anticipate how powerful that is to children.”

Watch our video featuring Vai below.

Read the rest of this story at csmonitor.com