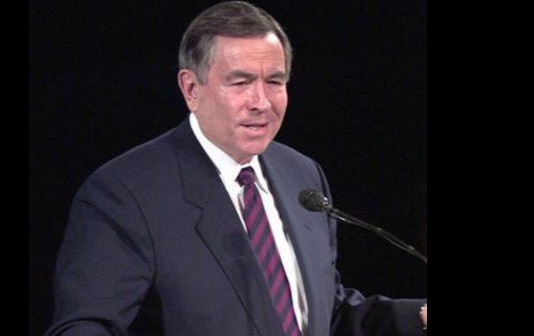 Former President of the Seventy & Salt Lake Temple Dies at 88

We are so grateful to Elder Eugene Hansen and his life of service. Our prayers go out to the Hansen family.

Elder W. Eugene Hansen, a farm boy, Army colonel, and personal injury attorney whose tender heart marked his life and his service as a General Authority of the LDS Church and president of the Salt Lake Temple, died Saturday at age 88.

Elder Hansen died peacefully at his home in Salt Lake City 15 days after the passing of his wife of 66 years, Jeanine Showell Hansen. Both suffered from the effects of Alzheimer's at the end of lives touched by tragedy — three of their six children died before them.

Elder Hansen served from 1989-98 in the First Quorum of the Seventy of The Church of Jesus Christ of Latter-day Saints. He was a member of the Presidency of the Seventy from 1993-98, when he also served as executive director of the church's Temple Department.