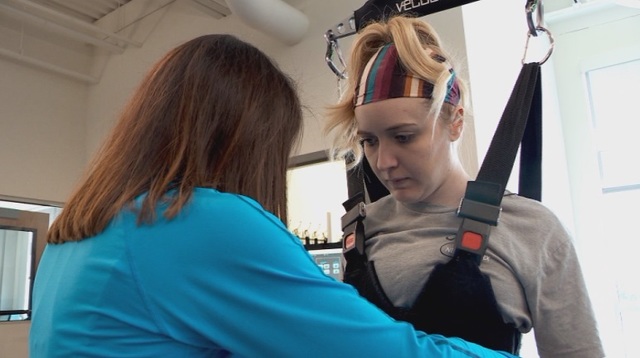 After years of recovery and therapy, a former sister missionary has decided to push herself to achieve a new goal and hopes to still complete her mission.

She went from being a star athlete to losing her ability to walk.

Now, a Utah woman who was critically injured on her LDS mission is going after a lofty goal—walking one mile.

Kendal Levine, 22, is preparing to take part in the Wasatch Back Ragnar race in northern Utah June 2 and 3. The former star basketball player at Stansbury High School said, with the help of her physical therapist, she knows she can do it.