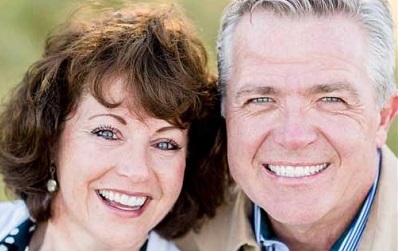 Bob Meek, a former Idaho Falls, Idaho, stake president, says he is safe after being held ransom in Mexico.

Meek told East Idaho News that he credits the "faith and prayers of thousands" for his safe return.

“Honestly—from the bottom of our hearts, we want to thank the entire community,” Meek says. “Thousands of people prayed, fasted, and put my name on LDS temple prayer rolls. My rescue was a community effort and I can’t thank everyone enough.”

Meek, who was appointed CEO of Utah Onions Inc. in April, was on a business trip in Chihuahua, Mexico, when he says he received a phone call Thursday evening.

“The men on the phone knew where I was, what hotel room I was in and they demanded a ransom,” Meek told reporters. “For the next 18 hours, we had a conversation and never hung up the phone.”

Meek told East Idaho News he experienced "virtual kidnapping," and the men on the phone threatened to torture, dismember, and kill him unless he listened to every word they said. They also told Meek they were waiting outside his hotel room with guns watching his every move and would kill him if he tried to run.

During his 18-hour ordeal, Meek says he was ordered to leave his room and walk to a nearby store to purchase a disposable phone.

While he was outside, Meek says he noticed one of his abductors sitting on a table at a park across from the hotel.

"The whole thing could have been a movie," Meek told reporters.

Mexican police officers later found Meek safe Friday afternoon, but Meek did not elaborate on any of the details of his rescue.

Meek was able to drive to El Paso, Texas, where he secured a private plane. He arrived in at his home in Ogden, Utah, just after midnight on Saturday.