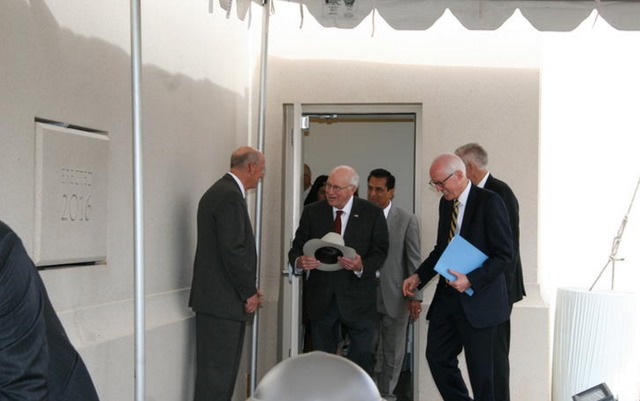 This is just another way the first temple in Wyoming is a historic building.

Former Vice President Dick Cheney visited The Church of Jesus Christ of Latter-day Saints' new Star Valley Wyoming Temple here Thursday, part of a special entourage of visitors given a tour of the new edifice prior to the start of the public open house.

Cheney, who served under Republican President George W. Bush from 2001-2009 and also served as a U.S. Congressman from Wyoming, called the temple — the church's 154th operating temple but the first in the state — “enormously important.”