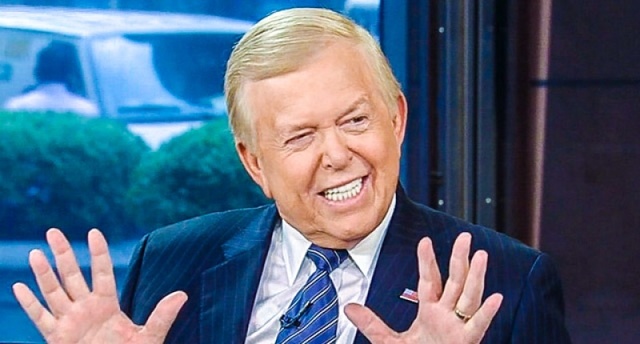 Fox Host Rants About "Mormon Mafia," Mormons Own It Like Nobody's Business with Hilarious New Hashtag

Myths about a Mormon mafia in the FBI have circulated for some time, mostly based on the fact that Mormons make great recruits and have a higher representation in intelligence agencies.

But Lou Dobbs, host of Fox Business Network's Lou Dobbs Tonight, just spread the term "Mormon mafia" to politics, something Mormons on social media have come to own like nobody's business.

► You'll also like: From Mafia to Mormon: One Man's Amazing Conversion Story


Dobbs recently sent out an angry Tweet that Mormons have ironically turned into Twitter's best new hashtag—at least according to the Huffington Post.

A Trump supporter, Dobbs Twitter rant was directed at Evan McMullin, who could take away Utah's electoral votes from Trump.

The reactions to this tweet have been quite hilarious. Here's just a taste of some the best #MormonMafia tweets:

When the FBI knock at their door they flush all their coke in the toilet #MormonMafiapic.twitter.com/pOH51S0kB4 — Donald Dump (@realdonalddump) October 27, 2016

I joined the #MormonMafia, but all I got to do was move my neighbors for free. — UtahMormonDemoGuy (@UtMormonDemoGuy) October 27, 2016

Not only is there a #MormonMafia, they have biker gangs running the streets pic.twitter.com/oaTTO7uQpa — Philip Moon 🃏 (@Philip_R_Moon) October 27, 2016

They don't call them funeral potatoes for nothing... #MormonMafiapic.twitter.com/0VQuPICGLz — Rachel Wagner (@smilingldsgirl) October 27, 2016

I'll make him an offer he can't refuse. But only after he prays about it, with real intent. #MormonMafia — John English (@jermsguy) October 27, 2016

I got in pretty deep with the #MormonMafia for 2 years in the mid 90's. Slept on a cement floor. Good times. pic.twitter.com/TYLLWscVOZ — Spencer Cox (@SpencerJCox) October 27, 2016

Once saw a gang of #MormonMafia hoodlums offer to mow someone's yard for free. How much longer will such terrorism be allowed?

#MormonMafia a group so secretive and exclusive, they send 60,000 missionaries out around the world to tell you all about it. — Soy Juan Miller (@EveryTrumpFan) October 27, 2016

"Gosh darn it, you messed with the wrong fellows this time, you nincompoop!" #MormonMafia — Sunny (Mat) (@sunnyright) October 27, 2016

And check out this epic Studio C sketch that shows you what the Mormon mafia is really like: