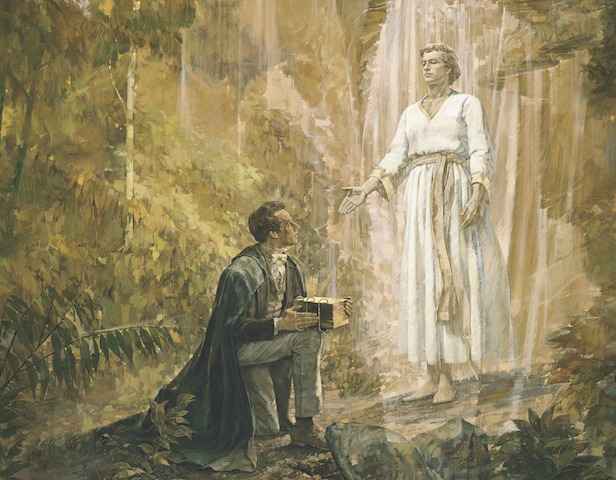 From 3 Robbery Attempts to the Significance of the Date, Here's What You Need to Know About Joseph Smith Receiving the Plates

When Joseph Smith received the plates from Moroni, he might not have known the significance of Sept. 22 or the three robbery attempts that would soon follow.

It was on this day in 1827 — 190 years ago — that Joseph Smith received the golden plates from the angel Moroni at a hill in upstate New York.

The Mormon prophet went on to translate the plates' ancient writings and publish the Book of Mormon.

The timing of the anniversary seems appropriate given that The Church of Jesus Christ of Latter-day Saints recently purchased the printer's manuscript of the Book of Mormon and church historians are piecing together fragments of the original manuscript for future publication, the Deseret News has reported.

Why the date of Sept. 22? The annual visitations by Moroni appeared to be in timing with the Israelite harvest festival season, according to Book of Mormon Central.