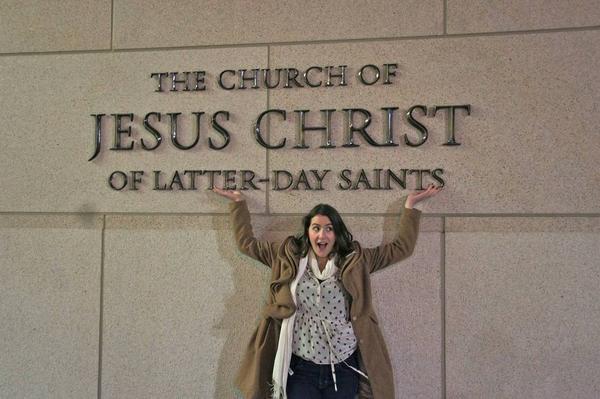 From 'Book of Mormon' musical to Mormon convert

It was underneath the lights of Broadway on Sept. 25, 2011, that Boston resident Liza Morong’s life changed forever. She just didn’t know it then.

The 21-year-old musical theater major was sitting in the Eugene O’Neill Theatre in New York City, watching “The Book of Mormon" musical.

Written by the creators of “South Park,” the edgy, irreverent but enormously popular musical is about two Mormon missionaries who try to share the Book of Mormon with the natives of northern Uganda.

“I laughed hysterically the entire show,” Morong said. “I thought, ‘Wow, these people are crazy. They must be brainwashed.’”