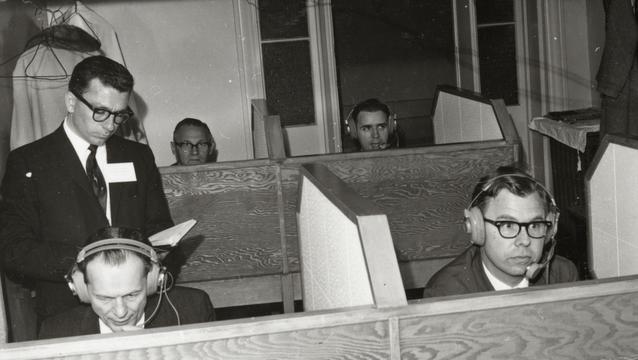 The October 2011 general conference of The Church of Jesus Christ of Latter-day Saints (Mormon) will be interpreted into 93 languages — a stark contrast to the early 1960s, when conferences were interpreted in four languages on a dirt floor in the Tabernacle.

The Church’s wide-ranging interpretation effort — which celebrates 50 years of general conference interpretation this fall — is made possible in large part by cutting-edge technologies. Below is a brief look at the technologies that have allowed Latter-day Saints across the world to hear conference addresses in their own language during the past 50 years.

General conference addresses were first interpreted into foreign languages (German, Dutch, Samoan and Spanish) in 1961. Interpreters were housed in booths in the Tabernacle basement, while those who received the interpretation sat inside the Tabernacle listening through headphones.