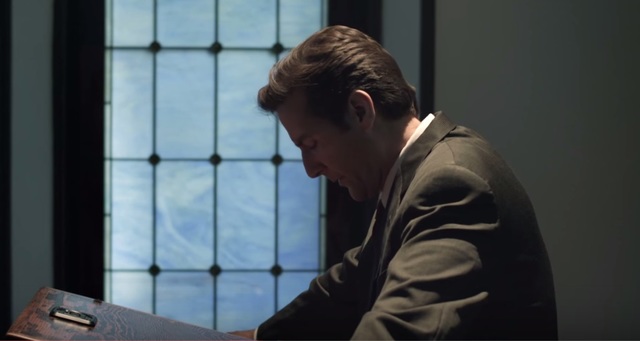 Many Latter-day Saints are familiar with the story of Chris Williams, a Mormon man who lost two children and his pregnant wife in an accident caused by a drunk teenage driver. (Read more about his story here.) Williams' story is one of bitterness, loss, despair, and ultimately, forgiveness.

His ability to let go of the pain of that night and not only forgive but come to love and mentor the boy who caused the accident inspired this incredible Mormon Message in 2010.

But Williams' story doesn't stop there. Two years later, Williams wrote a book about his experience, one that has helped thousands find the miracle of forgiveness in their lives.

And, this year, his story spawned an interfaith event when on Monday, September 28, Excel Entertainment partnered with Nobel Peace Prize winner Arch Bishop Desmond Tutu and other Christian celebrities to present a one night only theatrical event, "Night of Forgiveness."

As part of the event, Excel Entertainment presented the film "Just Let Go," a movie based on Williams' heartbreaking yet inspiring story starring Emmy nominee Henry Ian Cusick ("Lost", "Scandal", "The 100"), Oscar-nominated Brenda Vaccaro ("Once Is Not Enough"), and Sam Sorbo ("Hercules: The Legendary Journeys").

And now, you can see the film yourself when it opens in theaters this Friday, October 9.