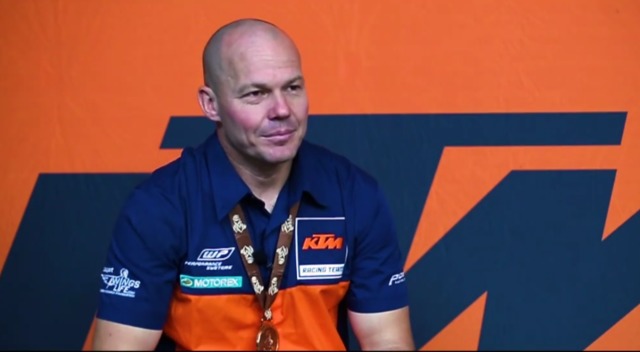 Out of the slippery sand desert of the San Juan dunes to Rio Cuarto in Argentina, Joey Evans pulled into the final stage of the Dakar rally race at around 2 a.m. in the morning. Full of mixed emotions, Evans told Dakar Daily on Red Bull TV of his feelings before the final day of the race ahead of him:

“You know when you suffer a big injury, you know like a spinal cord injury, it’s devastating . . . often all your future dreams and all that sort of stuff goes,” Evans said. “When I was lying in the bed in the hospital and I thought about my Dakar dream, because it was a dream before, I thought, 'Man, if I could still do that now, how awesome would it be?'”

Joey Evans, a Mormon and motorcycle racer from Roodepoort in Gauteng, South Africa, has always dreamed of riding in the Dakar, a motorcycle rally (off-road) race that is 9000 km through Paraguay, Bolivia, and Argentina. Evans completed the Dakar rally race this January after many complicated years of being paraplegic from a broken back.

The Dakar is one of the world’s most grueling races, but for Evans, who broke his back in 2007, it seemed completely impossible. But Evans never gave up on his dream, and his wife, family, and friends always supported him.

“I have always loved bikes. It started for me with my first secondhand bicycle I got for Christmas one year as a kid. My brothers and I would make ramps in the garden from bricks and pieces of wood and a track that would go through most of the flower beds much to my mom’s despair,” Evans says of his story.

At 26 years old, he purchased his first motocross bike and began racing. He completed many races including rally-style races, always dreaming of one day racing the Dakar—until one day his life completely changed.

On Oct. 13, 2007, when Evans was 32, he crashed in the first 100 m of a hare scramble race in Heidelburg with 20 other riders. Another rider crashed into him, sending him off his bike landing on his head. He was then run over by other riders.

“I next remember lying in the dirt looking up at all the faces and realizing I had clearly crashed and been unconscious, I joked, 'Did I win?’ They all laughed and were clearly relieved but then my buddy Tristam’s wife Tiffany, who had been standing next to me with my bent knees resting on her, moved back. My legs just dropped to the floor like two big pieces of dead meat,” Evans says of the accident. “It turned out I had broken my T8 and T9 vertebrae and broken them off the ribs and crushed my spinal cord, leaving me completely paralyzed from just below the chest down.”

With great support from Evans' wife, family, and friends, he worked hard to be able to walk again.

“I decided that this was not going to beat me,” Evans says.

“About two years after the accident, with much encouragement, I was determined to try [to] get back on a bike,” Evans says. “The first time I tried to throw my leg over I could not support my weight and the bike on one leg and ended up falling over with the bike on top of me.”

When he finally was able to get back onto a bike and ride on his own, he was filled with joy.

“Alone in my helmet, I felt my eyes well up knowing that this was truly a miracle to have come what seemed full circle and be back on the bike again,” Evans says. “It was such a feeling of freedom. I was filled with gratitude and excitement.”

Speaking of the years of painstaking trial before getting this far, Evans admits it was definitely tough. He continued to prepare himself and enter other races in preparation for the Dakar in 2017.

“I would like to say I was always positive and worked like a machine; the truth is there were times like that but there were also times I gave up hope and let things slide. It was tough to always be positive and to give 100% every day,” Evans says.

But now, more than ever, Evans is filled with joy at his triumph and the miracle it has been to come back to his passion. He returned to Johannesburg, South Africa, to a hero’s welcome upon his completion of the Dakar on January 17, 2017.

The following video from KTM tells more about the challenges Evans overcame to race the Dakar:

Lead photo a screenshot from above  video